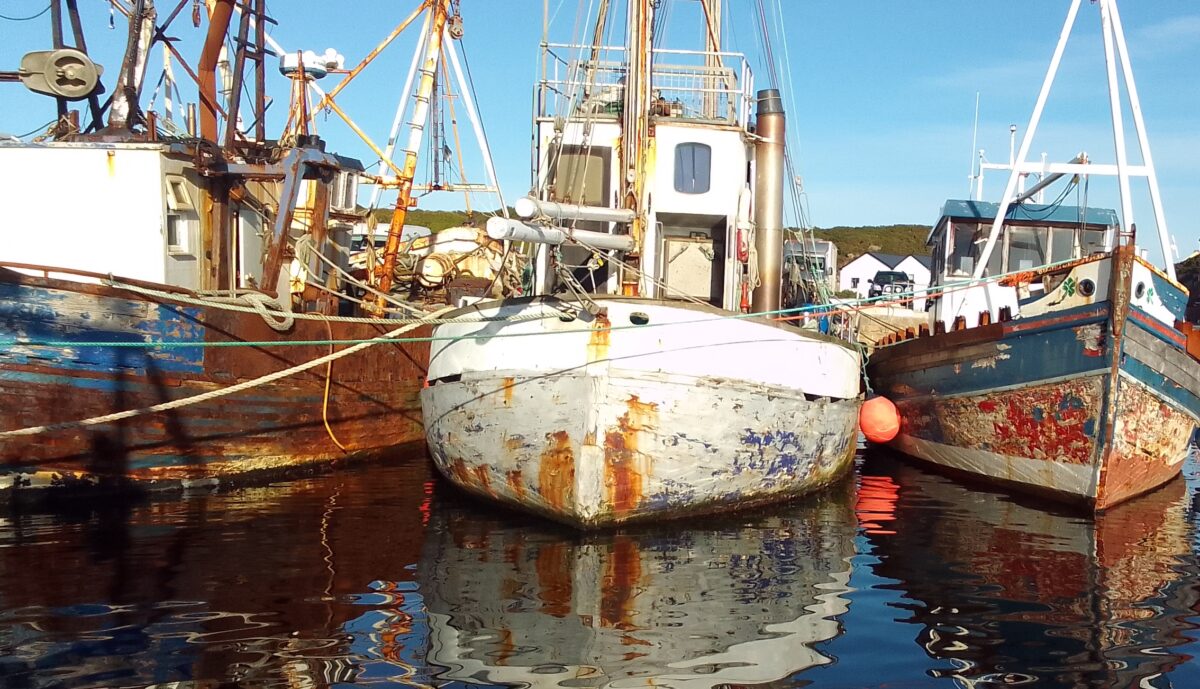 Donegal County Council says it is ‘dealing with’ the owners of unregistered scrap boats left at Burtonport Pier.

On Friday, we highlighted fishermen’s claims of the practice of end-of-life vessels being bought by Donegal people and moored there in order to avoid costly British breakup costs.

“The problem with this is the small commercial inshore fishing boats are being left in danger of these (scrap) boats sinking, or breaking away from the pier and damaging ours,” one fisherman said.

He also claimed the council’s Marine Section ‘refuses to acknowledge’ the risks posed by them.

In response to our query, however, a spokesperson for the local authority said they were aware of the issue.

“Donegal County Council are aware of and have been dealing with owners of unregistered and end of life vessels at a number of locations throughout the county and have been successful in removing these vessels from its piers and harbours,” the spokesperson said.

“The vessels at Burtonport are being dealt with similarly.”

They added there are also several UK registered vessels at Burtonport, and indeed at other piers and harbours around the county, and there have been for decades.

“Some fishers use UK-registered vessels for fishing, although Brexit has made this difficult by limiting the period and location where they land their catch.

The council also said that health and safety issues at the pier, which were raised by local fishermen, are being addressed by the local Harbour Master.

“The Harbour Master is dealing with all vessels and their owners at Burtonport and also addressing any other issue as it arises, with the help of Donegal Co. Council Piers and Harbours outdoor staff.”

The council is currently completing the first stage of the Burtonport Regeneration Programme at a cost of €1m.

This work included the demolition of derelict fish processing facilities and the ice plant.

Stage 2 will commence in 2023, and will include the construction of a new ferry terminal building, public toilets, offices and retail outlets and will cost €2m.

“Also in 2023, a new quay wall will be constructed to replace the existing 200 year old quay wall at the pier crane, at a cost of €1m.

“Planning is currently underway to provide 250 linear meters of pontoons along the existing pier, and at the existing anchorage, and to extend the top slipway and provide additional quay wall. These works will cost a further €1.5m.”