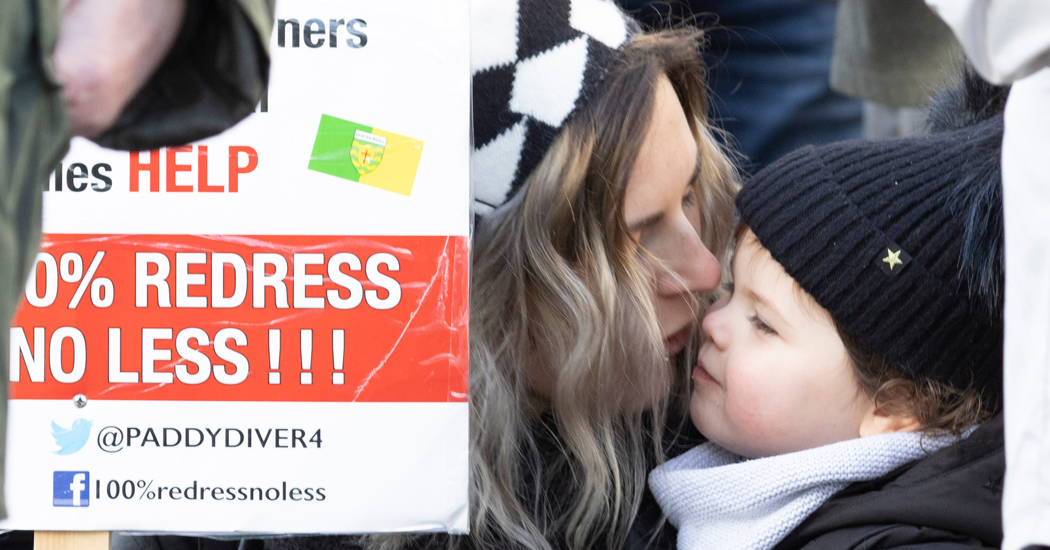 ‘We’re fighting every day to protect our children’

A Donegal mum has shared her fears over how the defective blocks crisis will affect the children of the county.

Siobhan McBride was pregnant with her baby girl Ginnie when the cracks started to appear on her Ramelton home.

Ever since Ginnie was born, Siobhan has brought her child to every protest possible. Ginnie, now aged two, was among the youngest victims at today’s protest outside Donegal County Council offices in Lifford.

Siobhan said that every child has the right to feel safe in their home.

She told Donegal Daily: “I know what childhood trauma is like and I know what it’s like to move around. I don’t want that for any child in this State or in this world. I know how much work it takes to heal from those traumas.

“Feeling safe is critical to our life and if you don’t feel safe it’s a big hurdle to overcome.” 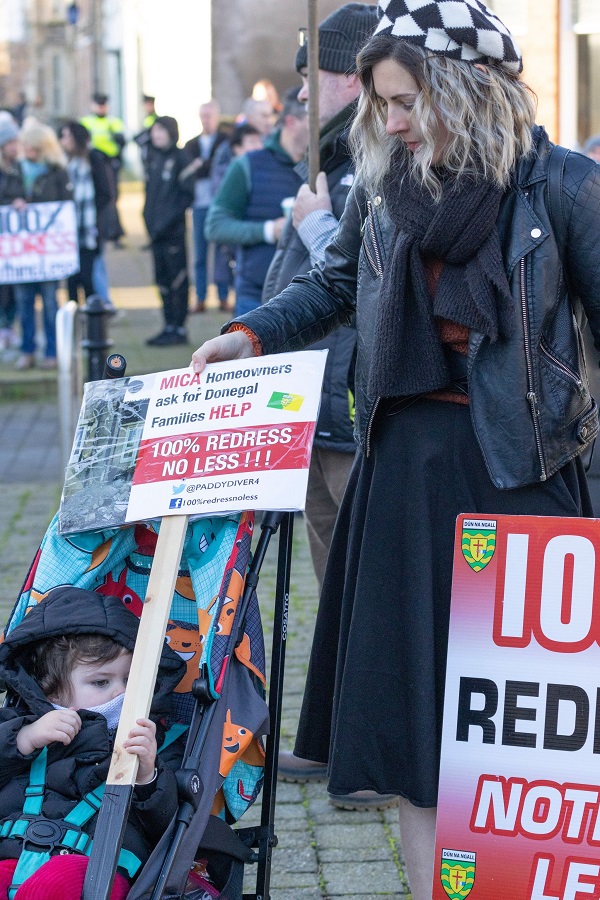 Siobhan and Ginnie at today’s protest in Lifford (NW Newspix)

Siobhan says the only way is down as her home deteriorates at a rapid rate.

“We bought our home thinking that we were safe because we had a compression test before we could get our mortgage. This is just before IS465 was brought into place,” she said.

“Then two years ago it started to dawn on us. Since then we have slowly watched the cracks appear. I see them running up and down the sides of our gable ends and inside as well.” 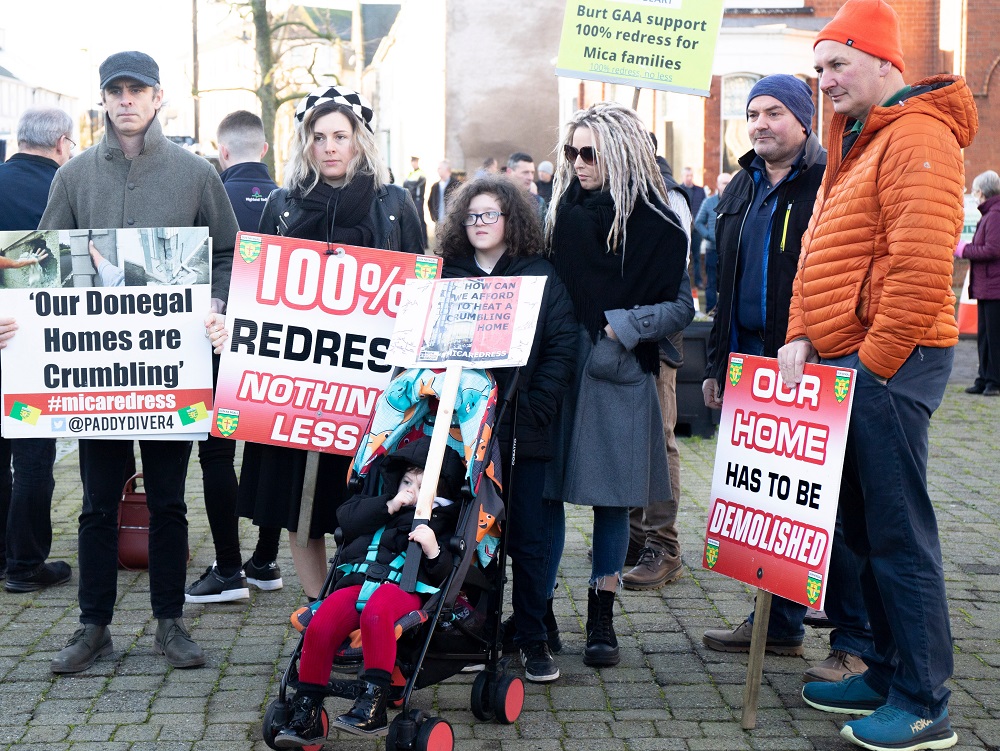 Siobhan said it’s unfair that she and all affected homeowners have been put in a place of stress and worry due to delays in the redress scheme. People are struggling with deteriorating health, mentally and physically with the effects of mould.

“All we are doing is fighting it every day,” she said.

Siobhan is one of the hundreds of homeowners who have applied to stage one of the redress scheme and is waiting on a response. She said the emergency repair fund doesn’t go far enough to help combat the dampness and mould.

“I’ve heard that when you take the emergency fund it takes from the pot to rebuild your home, and how much work can you do with a couple of grand?  Replastering doesn’t do anything.  There aren’t even temporary homes for the worst affected, there’s no consideration.”