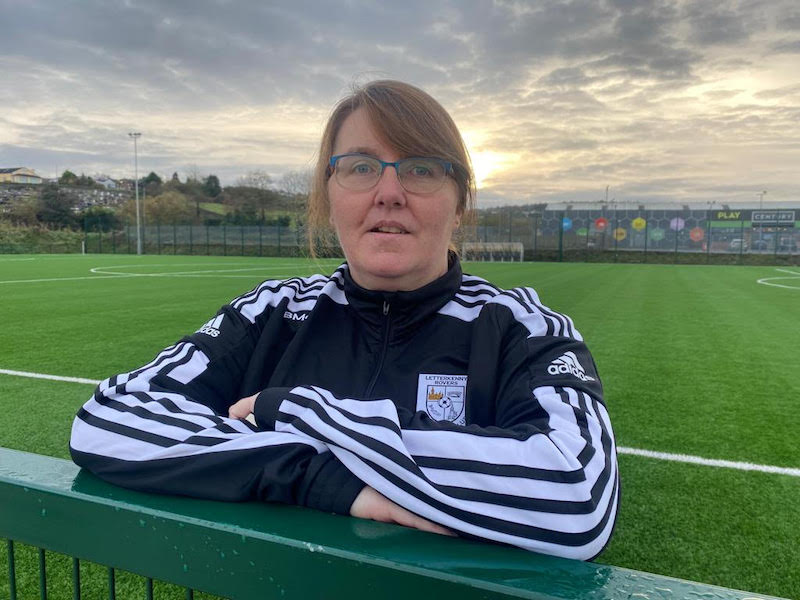 Letterkenny Rovers have appointed Brid McGinty as their new Head of Women’s Football.

The club said the appointment is a major step forward by the club and is indicative of their plans for the development of girls and women’s football at Letterkenny Rovers.

Brid, who is currently doing her UEFA ‘A’ Licence, has vast experience in the women’s game.

She is currently Head Coach of both the Donegal U19 and U17 Women’s National League teams and coach with the FAI Donegal Girls Centre of Excellence U13 and U15 while she has previously guided Lagan Harps to national cup success winning both the WFAI Intermediate Cup and the WFAI Junior Cup.

Following her appointment, Brid said: “I’m focussed on building a sustainable future for women’s football at Letterkenny Rovers. I’m ready for a new challenge and I’m really looking forward to taking on this role as there is so much potential out there at both underage and adult level.”

Welcoming her to the club, chairman Dessie Kelly said: “We have a proud record of women’s football in the club as two time winners of the WFAI Intermediate Cup and WFAI Junior Cup finalists but we have been out of it for too long.

“We participated this year in the UEFA Disney Playmakers (a programme aimed specifically at introducing girls to football) but this is a great way to mark our return and we will do everything we can to support Brid.”

The club will soon announce details of plans for the 2023 season as well as seeking expressions of interest for new coaches and players.