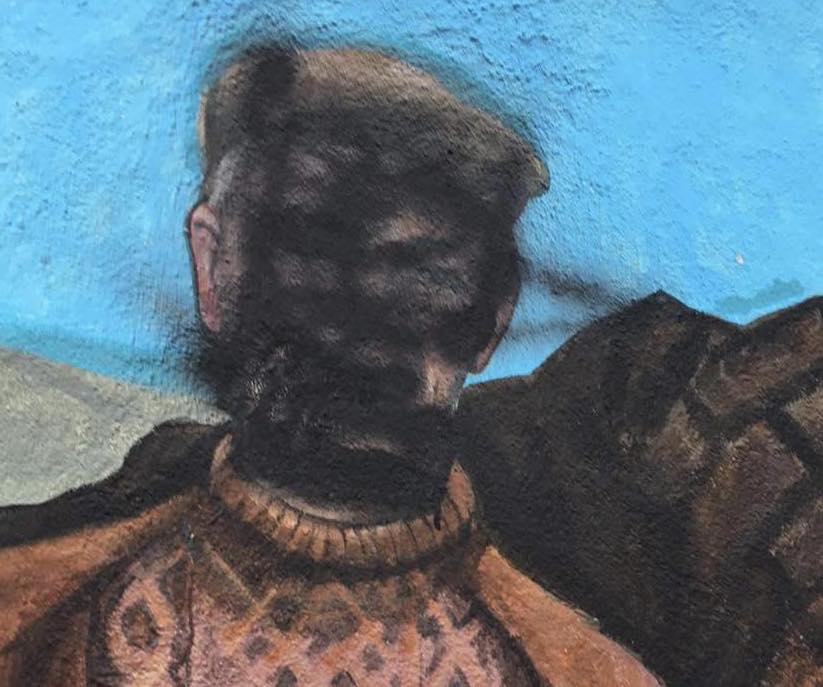 Locals in the West Donegal village of Doochary were left shocked after a much-loved local mural was vandalised overnight.

The mural is part of a number painted in the village by renowned artist and local resident Andrea Redmond to brighten up the village.

However, locals awoke to find black paint sprayed over the face of a mural depicting local character Joey Ward and his donkey.

The Doochary Development Group described the act of vandalism as “despicable.”

A spokesperson said “What a despicable act! More than likely a Coward under the cover of Darkness.

“We are shocked and saddened. Noting but love was poured into the making of this mural and to see it defaced is heartbreaking.

“It’s so disrespectful to the person in the mural who is so longer with us. A shameful act.” 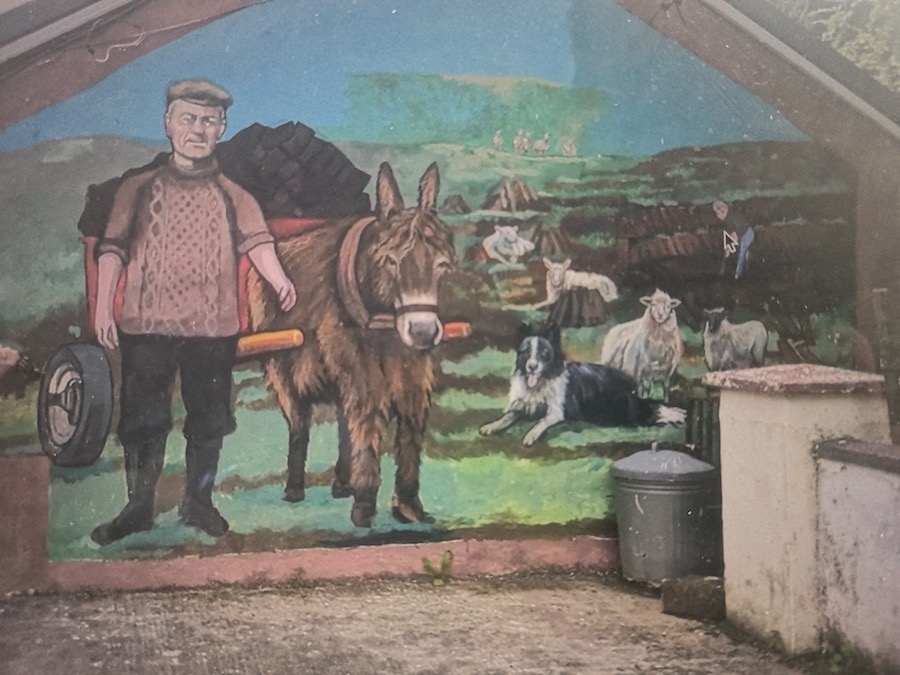 The beautiful mural before it was vandalised.

The spokesperson added that locals are feeling “broken” following the vandalism attack but stressed that Gardai have been informed.

Doochary Development was approved for funding for their recent projects of erecting murals on derelict buildings or places that are appropriate for a mural.

The first completed mural is of is File Gaoth Barra + Postman, ‘The Gweebarra poet’, in memory of Donal MacDiarmada.

The artist who created the murals, Dr Andrea Redmond, is a well respected artist whose paintings and sculptures include Irish nature flora and women’s spirituality.

She has been a political rights activist and artist in Canada and Northern Ireland for over 40 years.

The first woman in Belfast to paint political murals, her first in 1983, Andrea painted over 40 murals at the height of the Northern Irish Troubles with themes such as Irish Traveller cultural rights, anti-rubber bullets campaign, the Hunger Strike, highlighting child poverty and many honouring women activists.

Her mural work has featured in a number of publications and films on Northern Ireland.