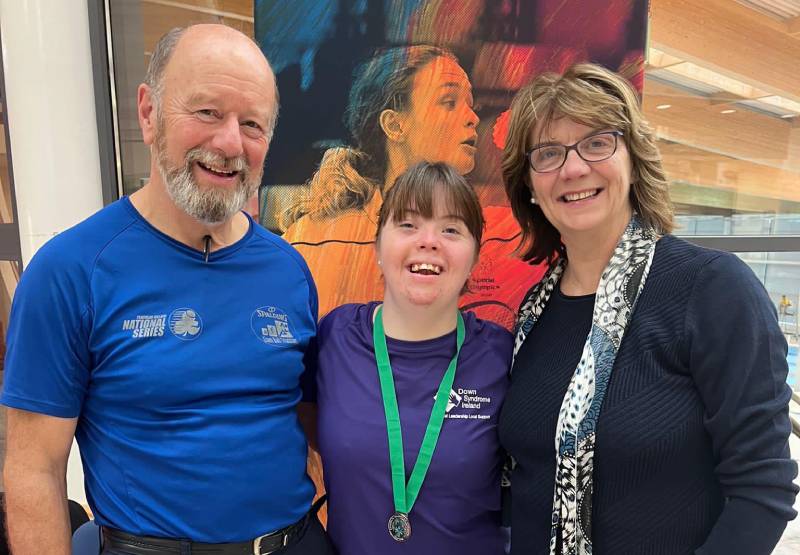 Anna Hennessy was back in amongst the medals as she won two silver medals at the Special Olympics Ulster Advancement swimming competition 2022 in Bangor.

Anna was competing at the Bangor Aurora Aquatics & Leisure Complex on Friday 25th and Saturday 26th which was an event which could see her represent Ireland at the Special Olympics in Berlin in 2023.

Each competitor was allowed to compete in two events, and Anna won both her heats on Friday before taking the silver medal in both the front crawl and the backstroke on Saturday.

Anna also recorded a new PB in the front crawl with a terrific performance, but Anna’s successes almost come as natural to her now, according to her mum Mairead!

Mairead said: “She nearly takes it in her stride now, she was delighted at the time but she was nearly disgusted the medal wasn’t gold!”

Anna’s aim next in swimming will be for a European competition in Southampton at the end of March, with hopes of getting selected for Berlin still there.

Mairead joked that they’re ‘running everywhere after her’ as she is now switching her attention to basketball this weekend, to compete with the North West ladies team in Antrim.