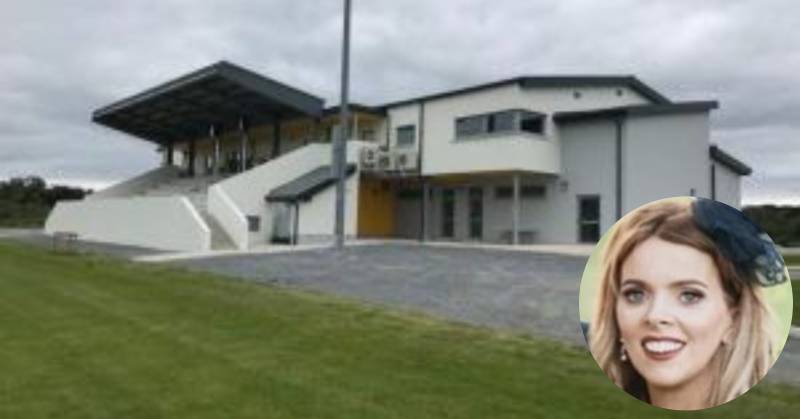 Sinéad Breen believes she is the right person for the upcoming vacancy in the Donegal GAA PRO role, which will be voted on in December.

A convention will take place on December 14, and the Rockcorry, Co. Monaghan woman has thrown her name into the running, believing she is the best person for the role.

“I 110% believe that I’m the best person for the role because if I wasn’t, I would step aside and let the other people at it. I did that in 2019, I felt somebody else was more experienced and suitable for a role because they had done it previously.

“But I know I’m the best person for the role and I will prove it if given the opportunity.

Sinéad has a wealth of experience of working in the GAA environment, both with her native St. Mary’s Rockcorry, and St. Mary’s Convoy who she has been involved with for near 20 years.

Sinéad sponsored the teams kitbags and tops for their Junior Championship win in 2005 and has been on the committee for years, whilst also serving eight years as an underage manager and coach of Convoy Under-13 Boys.

Moving from Monaghan to Donegal, Sinead never felt as an outsider as she got stuck in with the club straight away and believes her capabilities and experience proves why she deserves the job.

“In every aspect I live and breathe GAA. No matter where you go in the world the GAA is a ready made community. Be it Convoy, Cork or Casablanca, no matter where I ended up I was going to be involved in the GAA because that’s in my DNA. I’ve always been involved in the club since I the minute I’ve been here.

Sinéad’s involvement with different levels of GAA boards is vast, from minor board, being Disciplinary Secretary of the Senior CCC, formerly minor board secretary, finance secretary amongst others in the county, while in her youth in Monaghan, she learned from her parents.

She has also completed the Award 2 coaching course, with only one award higher that hasn’t been offered since covid.

“I’m the only woman in Donegal to have this award. Growing up my mum was the first woman on any mens GAA county board so it’s a natural progression for me.

“I’ve had many roles in the GAA and I love it, from being stuck making the tea and doing the gates.

“My club in Monaghan was St. Mary’s, Rockcorry. My dad was chairman and a successful manager with them. We grew up helping our parents, our weekends revolves around whatever GAA activities were on.

“My mother was the cultural officer and my brother was in the final of Scór Sinsear this year.”

Current PRO John McEniff will be stepping down and the St. Mary’s Convoy clubwoman is confident she can successfully take over the role, with McEniff’s support.

“John McEniff is supporting me, I’ve worked with him a lot over the past three years, he’s a gentleman and he’ll be a loss to the county.

“No matter who gets that job, he’s going to give that person whatever help they look for but having said that, I am more than confident in my own abilities.

“I have been working my entire life towards this, I’ve done programmes, organised streaming of games in recent years, and I want to push all of this and making a role for everybody in the GAA.

“For people who are physically impaired in some way and aren’t able to play games, I want to make sure there’s a role for every person, Scór provides an awful lot of opportunity for people.”

Sinéad is currently studying for an Irish qualification in Magee university Derry as she sees that as a natural progression because of her love of the GAA and all things cultural.

And she already has plenty of ideas in mind for if she is appointed, including a helpful and fun guidebook for primary school children in the county to learn more about the clubs in their county, how to get involved with teams at football or hurling level, or through Scór.

“I want to have information on every one of the 40 clubs in our county. This way if a child wants to join a club the parents will know where to look and the logo of each club will be marked on a map of the county with a contact number or email address.

“I want to mention Scór and what’s in it between dancing, acting, singing or the quiz. I want some pages to be exclusively Irish because we are a Gaeltacht county.

“There will also hopefully be a challenge page, with clues, and every child that completes it will be able to detach a perforated postcard and they return it to be drawn out to be mascot at Donegal’s home league games.

“I have 40% of the funding in place. The book will be fully recyclable, produced and distributed at no cost to the Clubs or indeed the County board.”

And she hopes to get that famous Donegal diaspora back, which has been lacking since the defeats in Clones this year, whilst also listening to all positive and negative feedback.

“There’s been negativity on social media and as a Gael, I hate that. These people’s voices are important, these are the people we want to pay into gates and that put their money into our sponsors and have gotten us the facilities a mile up the road from my house in Convoy and they feel their voices aren’t being heard and to me that’s not good enough.

“I also want to see more kids playing at half-time. I fully believe they deserve this chance and certain clubs of different age groups will get the chance to play at half-time of the league games.

“We need transparency and we need to do something to get the diaspora back in. A lot of people left St. Tiarnach’s Park after the Ulster final and they haven’t come back to anything Donegal since then and we need to rectify that and I believe I’m the person to do that.”