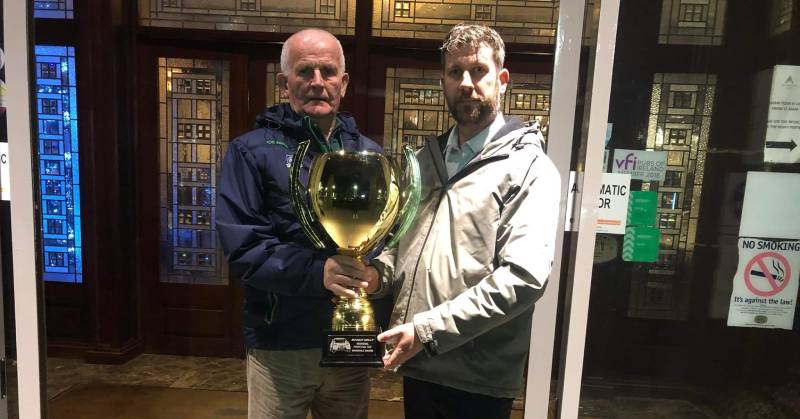 Donal ‘Mandy’ Kelly says himself and his family are delighted and proud that the newest award in the Ulster Motorsport world has been named after his late brother Manus Kelly.

The Manus Kelly Memorial Cup will be presented next month to its inaugural winner, who will receive the award for their help in volunteering at events, along with their own ability in competing throughout the Motorsport calendar for 2022.

Each club in Ulster will nominate one person from their club for the awards and the Marshal and Motorsport Volunteer Association and they will choose the overall winner at the appreciation night on December 10th.

Donal wanted to thank Caroline McGuinness who contacted him to see if it would be okay to have the Memorial Cup named after Manus.

“I spoke with the family and they were more than delighted that it was suggested to keep Manus’ memory alive.

We’re all very proud to have this trophy and he’d be very proud of it himself.”

Donal will present the trophy to the winner on the 10th at the Marshalls and Motorsport Volunteer appreciation night in Armagh.

“On behalf of myself and the family I want to thank Caroline McGuinness, Aidy McAleer of MAC engineering who kindly sponsored the cup, and Eamon Ponsonby who kindly gave his permission to use the picture of Manus’ car on the engraving of the cup.

“I’m a rally driver myself and without the volunteers and marshals, Motorsport wouldn’t be able to go ahead and I want to thank all marshals for their dedication and commitment all through the year from standing out along the stages and everything else that goes along with it.”

Manus was tragically killed when competing on the final day of the 2019 Donegal International Rally, having won the event the previous three years in a row.