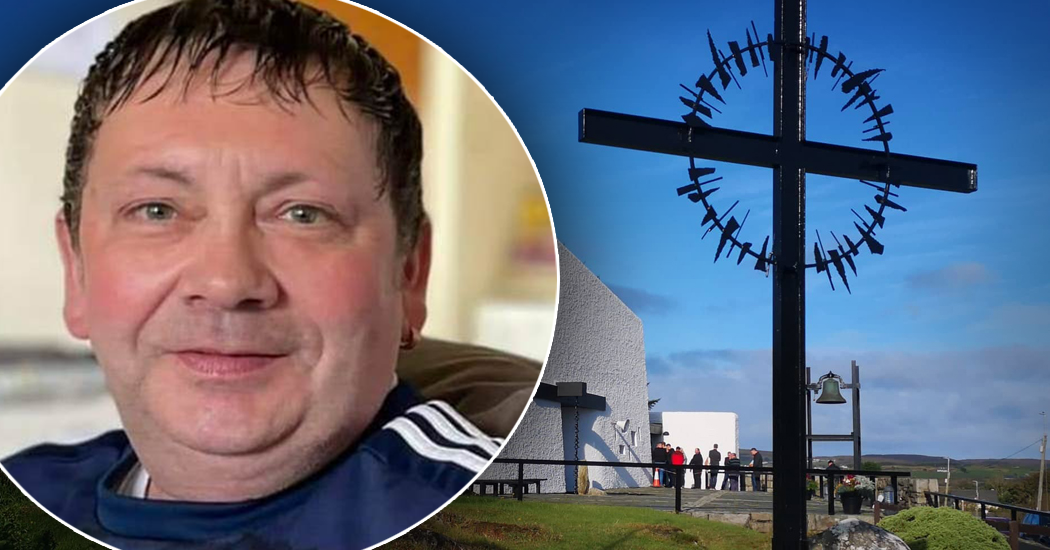 The family of one of the victims of the Creeslough tragedy has said they could not have got through the past few weeks without the support of the local community.

Celtic fanatic Martin McGill, 49, was described at his funeral as “a quiet man with a wicked sense of humour.”

Today his family offered their thanks to the community who supported Martin’s beloved mother Mary and the entire family after their tragic loss following the disaster on October 7th.

They thanked everyone who reached out to them in any way following the sudden and untimely loss of Martin along with the nine others who perished in the Creeslough tragedy.

A family spokesperson said “The family of the late Martin McGill from Creeslough wish to express our sincere and heartfelt thanks to the many people who reached out to us and offered their support, from sending cards and flowers during this difficult time to just being there.

“To all those who attended Martin wake and funeral and the people who were present at the incident to emergency services etc.

“Every one of you in Creeslough and surrounding areas. All our family, friends and neighbours.

“We couldn’t have got through the past few months without your support. Thank you to all.”