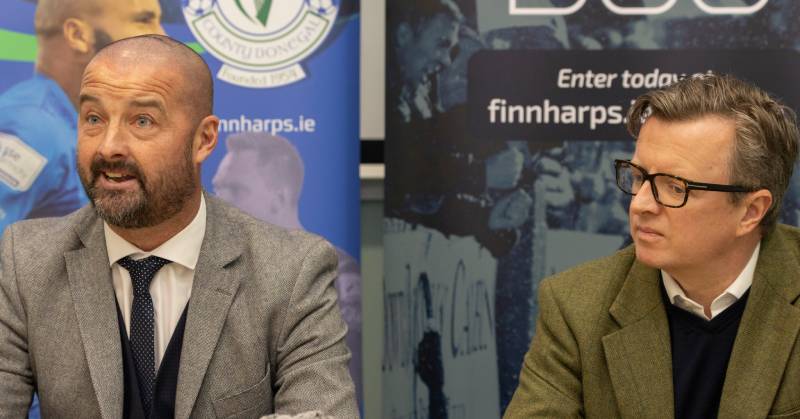 Dave Rogers: Coming to Finn Harps was ‘an easy decision’

Finn Harps announced the Liverpool native this afternoon on a four-year contract.

Rogers said it was an easy decision to come to the club after speaking to the board and Kevin McHugh of the academy and is looking forward to the future.

“Players will want to come play for this football club because they’ll be coached the right way, and be given an opportunity to make a difference.

“I got really good advice a few years ago, one of my first managers jobs was in India and I was told ‘don’t pick the club, pick the people’ and that’s why I’m sitting here today because I’ve got really good people who are sitting in front of me and behind the scenes, who really want to make a difference for football here, there’s a hotbed of talent in the north west and I’m trying to make it better.

“Im really big on development of homegrown players, and for a club like Finn Harps, there’s nothing better as a fan seeing one of your own coming through the system.

“So seeing the work going on behind the scenes and the hours of commitment is a great pull for me.

“I pride myself in making people better and the only way to do that is on the pitch through training and hardworking.”

Rogers has played for a number of League of Ireland clubs, and won three Premier Division titles with Shelbourne.

But he has managed in India and America as well as coaching in a number of different countries, and now resides in Castlebayney, Monaghan

“I’ve got a good track record as a coach, what stands me out differently is I’m not your normal merry-go-round Premier division manager.

“I’ve managed in countries that people here mightn’t last a week because I’ve got thick skin, a desire and an energy and a burning ambition.

“And I feel I’ve got the right people sitting next to me and in front of me who really wants what Dave Rogers wants, which is stability, growth a player pathway, and fans that want success over the long term vision.

“I think what gets lost in translation especially in the League Of Ireland, people talk about budgets and finances but what I don’t hear enough of is ‘what about a manager that can get players and individuals and make them better and that’s what I’m good at.