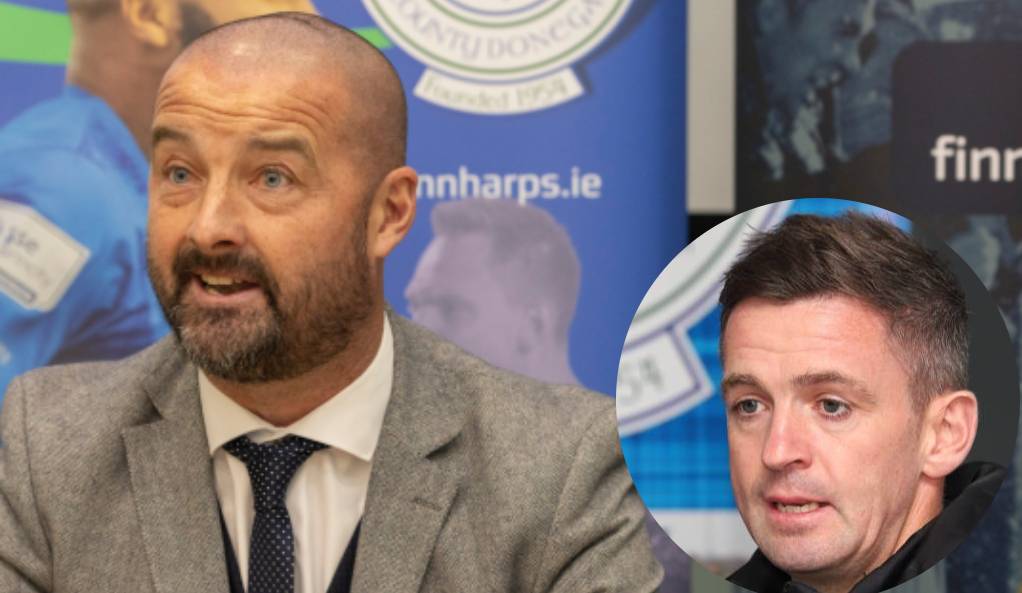 ‘Fans have to be patient with Rogers’ – Kevin McHugh

Kevin McHugh says the Finn Harps fans need to be patient with new manager Dave Rogers as they look to set structures in place for more stability.

The Finn Harps Youth Academy Director said that the commitment made by both parties in the long term contract shows that the club are trying to add more balance.

“Probably the biggest thing is the four years commitment for him and his family to come here to Donegal, and the commitment from the club to say ‘we want to build something here.’

“We don’t want someone to just try get us up this year, throw money and try to get us promoted and then we’re back to square one this time next year and I’m standing doing an interview and there might be another manager.

McHugh played with Rogers at Derry City and he played against him and described him as a positive person.

“He’s a very infectious character and very energetic, he’s your typical kind of Scouser he lives for football.

“But he was always very positive, we were going through a bad time with Derry but he was always upbeat in the changing room and trying to find answers. It’s no surprise to me that he’s done what he’s done all over the world and obviously we’re lucky enough now to get him at Finn Harps.

‘Fans have to be patient with Rogers’ – Kevin McHugh was last modified: December 3rd, 2022 by Staff Writer
FacebookTweetLinkedInPrint