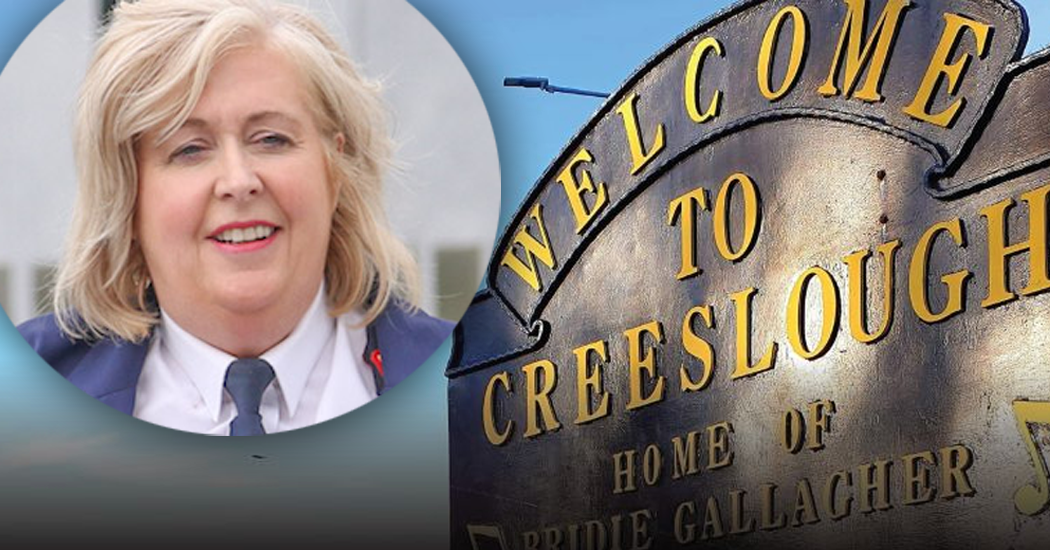 The head of An Garda Siochana in Donegal has signed off after seventeen years in her role saying the Creeslough explosion has showed us the importance of communities working together in a united manner.

Terry McGinn will officially retire on Tuesday next, December 6th as the longest serving Chief Superintendent in the history of the force.

She said “I have been privileged to lead an efficient and effective policing service throughout our communities for the past 20 years.  I am the longest serving Chief Superintendent in An Garda Síochána and the time has now come to take on a new journey in my life.

“On one hand I am looking forward to this new chapter and the opportunities and endeavours it will bring, naturally I am saddened I am no longer working in a role in which I was passionate, hardworking and committed and I am confident I have made a difference in people’s lives.

“Each and every one of you have influenced, motivated and inspired me in the most positive ways and it is my honour to tell you all how lucky I am to have worked with you all, greatly appreciated. I would like to thank the public in Donegal for their support and assistance over the years to An Garda Síochána and to the continuation of same for the future.”

The Chief Superintendent said there have been many highs and lows in her time leading An Garda Siochana in Donegal.

Poignantly, as Gardai prepare to launch their Christmas road safety campaign, she highlighted the number of lives lost on Donegal’s roads.

She said “I have seen many high and lows over the past 17 years. The renowned Donegal hospitality has been evident during many visits from dignitaries, such as the visit of the now King of England in 2016.

“Events such as the Dubai Duty Free Irish Open held in Inishowen in 2018, shone a spotlight on our breath taking scenery. In conjunction with the communities and local authorities An Garda Síochána were proud to provide policing services to support these events and keep our communities safe.

“Unfortunately with the highs comes the lows.

“Since 2006, there has been 189 deaths on the roads of Donegal. With your support and that of other agencies, our Roads Policing Units have worked solidly to reduce these figures year on year and it is hoped that this trend continues.

“As An Garda Síochána launch the Christmas and New Year Road Safety Campaign, I implore the public to act responsibly to avoid further deaths.”

She also highlighted the importance of the Joint Policing Committee which she said cannot be underestimated.

“Our dedication and diligence in working together to solve issues for the benefit of the wider communities we serve will forever be appreciated. Some of the projects borne out of the JPC such as Road Safety Roadshow, Donegal Youth Awards and community radio slots have proven invaluable in our strive to make Donegal a safe place and reduce the fear of crime.

“I have developed great many friendships over the years under the umbrella of the JPC within the various agencies and community leaders, which proved invaluable in addressing the various policing and community safety issues that have arisen – particularly when the Covid 19 pandemic hit.

“This proved to be an opportunity for us all to work together to protect the vulnerable in our community at a very difficult time. In particular, the Chef Aid project inspired the rest of the country to adopt a similar strategy for those that required protection, assistance and social interaction.”

Superintendent McGinn also referred to one of Donegal’s darkest hours following the recent Creeslough tragedy saying “The Creeslough Explosion has showed us the importance of Communities working together in a united manner from a safety and policing perspective.”

She added “In our centenary year If I can quote from Michael Staines, our first ever Garda commissioner “The Garda Síochána will succeed not by force of arms or numbers, but on their moral authority as servants of the people. “ We must adhere to this philosophy by maintaining close and good relationships with the communities we serve. I wish to recognise the community engagement, family liaison and intensive investigation work carried out at the time and since. Something of which I, as Divisional Officer, can only commend to the JPC.”

And she saved a special word for her many colleagues in An Garda Siochana.

Chief Superintendent McGinn signed off “To my colleagues in An Garda Síochána, I also thank you all for the dedication to duty that you display daily, whatever the circumstances.

“I am honoured to have been able to call you my colleagues. On this the eve of my career, my thoughts turn to those members we have lost within the Donegal Division. Their dedication and sacrifice will always be remembered.”