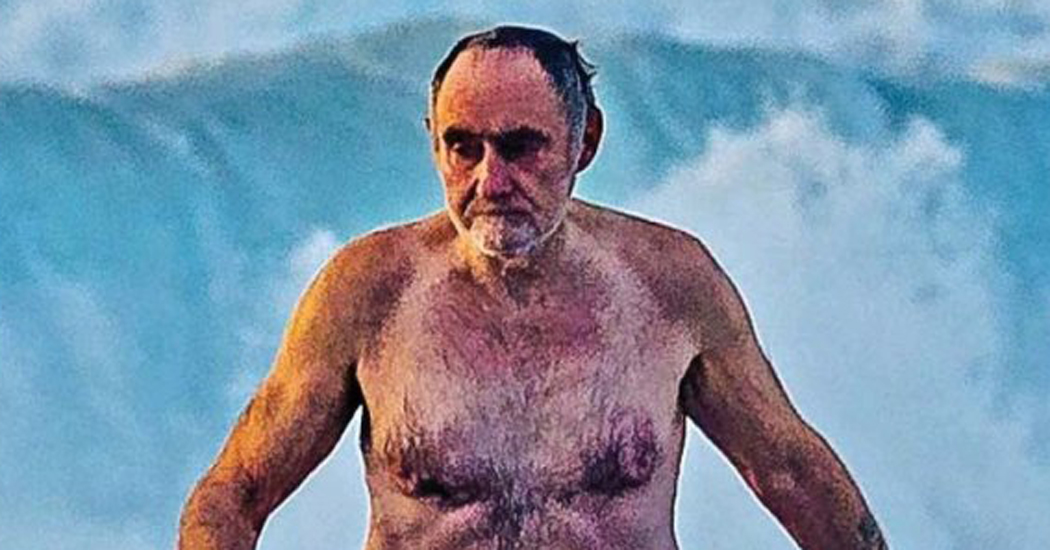 Octogenarian Paddy Conaghan is off on his “diving and ducking round Ireland” venture again.

This time Paddy is going clockwise around the coast, taking in over 600 beaches before his return to Arranmore in March 2023 while raising funds for 5 charities including the RNLI.

His first duck in the water took place on Aphort beach, Arranmore in near freezing conditions at 2 pm on Sunday 4th December, supported by crew members from the Arranmore RNLI and the wider community. 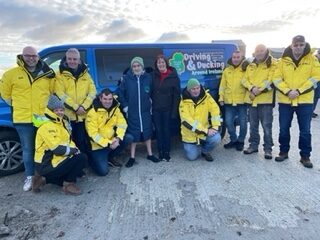 Paddy said “I am hoping to raise funds for charities in support of mental health in the four provinces, on my last trip everywhere I went people in all the local communities were extremely generous to me, offering accommodation, food, fuel and their support in swimming with me. Now I would like to give something back to all these communities to thank them for their support.

“I chose the RNLI also because I tried to get insurance cover and where are you going to get better insurance for saving lives at sea than the RNLI.

“This time I will be staying in my van, thanks to sponsorship from Seamus and Louise Boyle, owners of the Arranmore Blue Ferry.”

Paddy also said that without the help of his sidekick, Elaine Barney Grady he could be ducking and driving forever and nobody would know about it. Elaine updates Paddy’s progress daily.

Paddy’s social media and promotions manager, Elaine said “Paddy is an inspiration to us all, doing this incredible challenge to raise awareness of mental health issues he has connected with so many people, not just in Ireland but all over the world. We have had so many messages from people already wishing Paddy good luck.”

You can follow Paddy and Elaine on Facebook “Driving and ducking Paddy’s adventure” and donate on:
https://giv.i.ng/wYq8