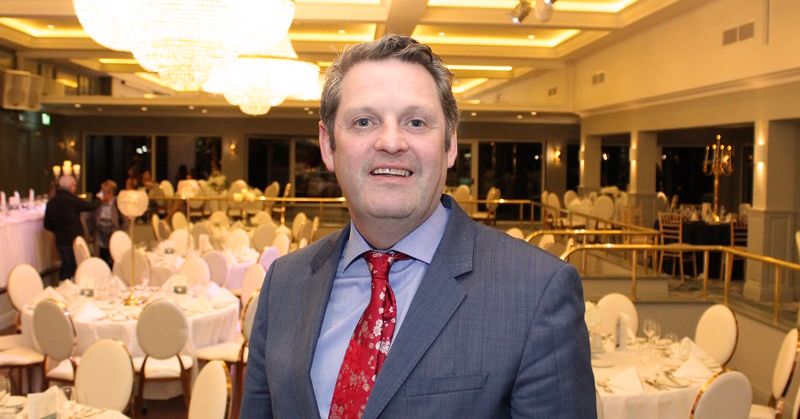 The General Manager of Harvey’s Point in Donegal has called on the government to safeguard the recovery of Irish hotels by retaining the tourism VAT at 9%.

Mr Niall Coffey, a member of the Irish Hotels Federation, wrote an open letter to all Donegal TDs today on behalf of 55 businesses in Donegal.

Mr Coffey said that hotels are facing growing economic challenges next year that would be magnified by a VAT increase.

The government is planning to return Tourism VAT rates to 13% by the end of February 2023. The rate was lowered to 9% during Covid-19.

Mr Coffey said: “Simply put, the proposed 50% increase in tourism VAT next year makes no sense during a cost-of-living crisis. It would only add to inflation and undermine our Irish tourism’s competitiveness internationally when the focus should be on safeguarding jobs. We cannot afford to be complacent about tourism and hospitality given the vital role it plays in spreading employment opportunities and prosperity across the entire country.

Prior to the pandemic, the tourism supported over 270,000 livelihoods including some 8,000 jobs throughout Donegal, generating €249m in tourism revenues annually for the local economy.

Mr Coffey said hotel have had good recovery to date since the lifting of restrictions. “We are now supporting over 240,000 tourism jobs – almost 90% of our previous 2019 levels,” he said.

However, overall occupancy levels this year are significantly down compared with 2019 and overseas tourism is expected to be down 25% on pre-pandemic levels.

“A full recovery is likely to be delayed until 2026, and it will be further impacted by a softening in demand as a result of downturns in the global economy,” Mr Coffey said.

“Every day we hear worrying economic news, with our key overseas tourism markets expected to experience significant slowdowns over the next 12 months. A particular cause for concern is the UK, which is facing a bleak economic outlook with inflation hitting a four-decade high and the country heading into a prolonged recession. This is very worrying for tourism businesses given the UK has traditionally been our largest source market for overseas visitors. The outlook for the rest of Europe is also very concerning as is the ongoing war in Ukraine, which is having an impact on tourism capacity.

“From a tourism perspective, the rising cost of living – both at home and internationally – means we are facing a potential tipping point with consumer confidence reaching decade lows across key overseas markets. Reduced disposable income will inevitably have a negative impact with potential visitors less likely to spend money on discretionary items such as holidays and breaks away. Tourism and hospitality is particularly vulnerable and will be first to take the hit.

“At the same time, the energy crisis is having an enormous impact on tourism and hospitality with many hotel businesses seeing increases of upwards of 300% in energy bills compared with 2019 levels. It is not just energy hikes that are hitting hotels and other tourism businesses – we have faced escalating increases across our entire cost base this year. Hotels are reporting average increases of 25% in the cost of food supplies, beverage costs up 16%, linen and laundry costs up over 30% and insurance costs up 18%.”

The letter continued: This is the last thing the Government should contemplate at a time of record levels of inflation and a cost-of-living crisis. If safeguarding tourism and regional employment is the priority, then raising the tourism VAT rate would be a serious policy error detrimental to the long-term prospects for our industry as Ireland’s largest indigenous employer.

“On behalf of hoteliers throughout Donegal and our wider local tourism community, we are urging local TDs to support our call on the Government to retain the 9% VAT rate. This should be part of a concerted effort to bed down the recovery and safeguard tourism businesses and livelihoods. Now is not the time to jeopardise the recovery by increasing taxes on visitors.”