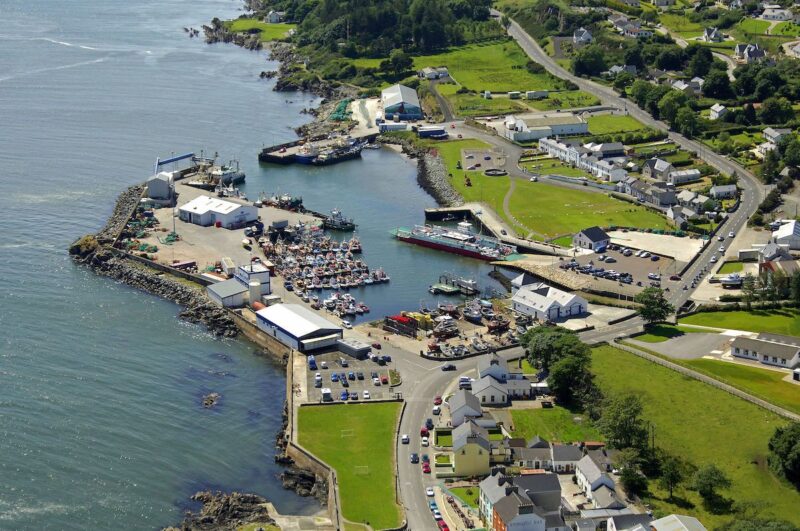 Donegal piers and harbours are to receive over €25 million for works under the second tranche of the Brexit Adjustment: Local Authority Marine Infrastructure Scheme (BALAMI).

The majority of the funding, €14.24M, will go towards the breakwater at Greencastle Harbour.

Additional funding for the Greencastle project of €4.6m was announced in September, with almost €32m funding announced in April 2022.

For Donegal, 13 new projects were approved under tranche two to a total value of €3.56m, with additional funding granted to six projects approved in tranche one including Greencastle.

In total, Donegal piers and harbours will receive over €5.6m in additional funding under tranche two announced today.

Other major Donegal beneficiaries announced today include Rathmullan Pier (€3.8M) and €1.425 M for the construction of a new sheet piled quay wall in Burtonport.

See the full breakdown below: 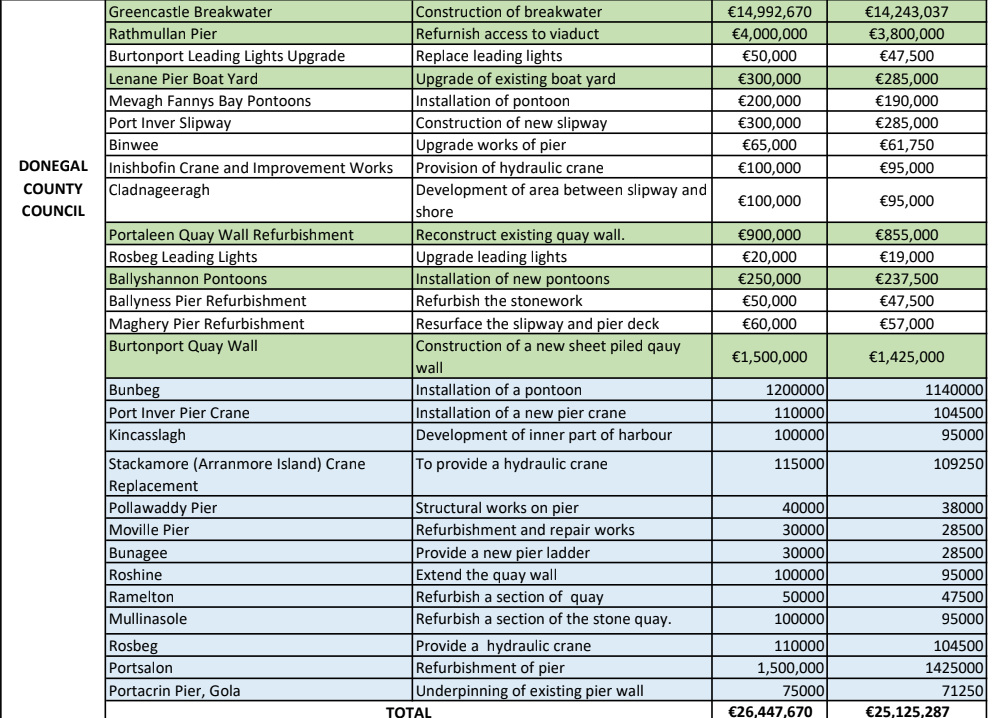 The approval was announced by Minister for Agriculture, Food and the Marine, Charlie McConalogue.

In order to optimise the opportunity presented by the Brexit Adjustment Reserve to help the seafood sector adapt to the impacts of Brexit, the minister said he decided to increase the funding rate offered in this scheme to a maximum of 95% of the eligible projects.

All projects approved under the Scheme will benefit from this rate; the remaining 5% must be provided by the local authority from its own resources.

“It is vital that this capital injection delivers benefits to our coastal rural communities especially with the current challenging economic environment,” Minister McConalogue said.

“To best provide for project delivery, I considered it prudent to confer additional funding to projects that have been impacted by higher-than-expected construction costs and to increase the scheme contribution thus reducing the local authority contribution.”

The scheme, which provides funding to local authorities to revitalise Ireland’s public marine infrastructure, is proposed for funding under the EU Brexit Adjustment Reserve.

Conferring the approval for the funding of the projects, the Minister commented:

“This second call returned an equally impressive number of applications. I now ask the local authorities to prioritise delivery on all projects so that this important economic stimulus can be delivered.  The BAR funding is only available until the end of 2023 and this is a unique opportunity to reinvigorate our public marine infrastructure.”

The Scheme arose from a recommendation of the Seafood Taskforce, set up in March 2021 to look at the impacts specifically on the fishing sector and coastal communities.

Post Brexit regeneration has been identified by the Seafood Taskforce as a key enabler for offsetting the implications of Brexit on the Irish fishing industry.  This Scheme is designed to support economic sectors, businesses and local communities and to support job creation and protection by distributing Brexit Adjustment Reserve funds to enhance, upgrade, modernise and develop Ireland’s publicly owned coastal and marine infrastructure to facilitate diversification of economic opportunities.

The Department of Agriculture, Food and the Marine is administering the Scheme. Each local authority is responsible for governance and delivery of its own projects.