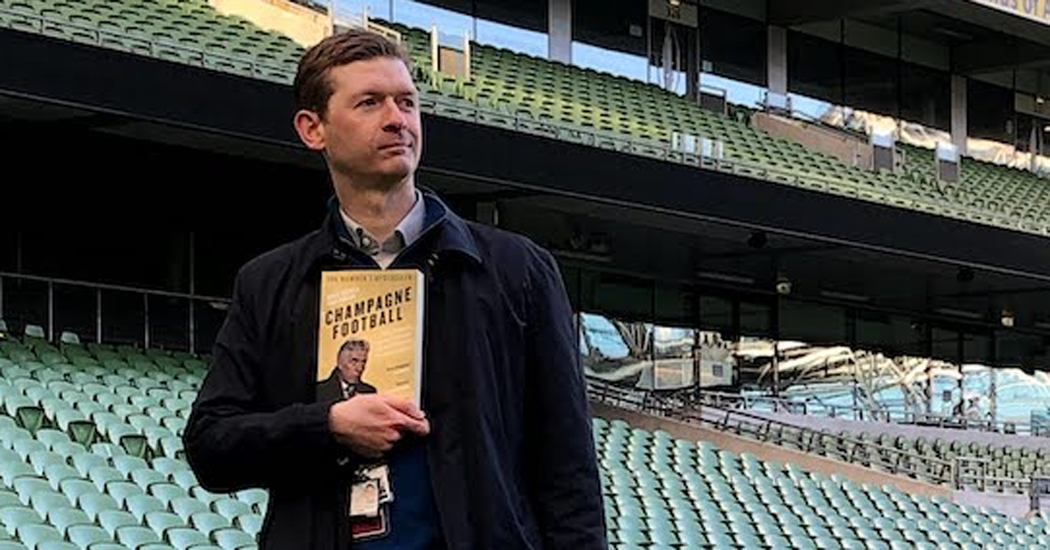 It is fair to say that in the last number of years when you read the name ‘Mark Tighe’ it was usually proceeded with or followed by a story relating to the former FAI CEO John Delaney and the subsequent book ‘Champagne Football’, co-authored by Mark and Paul Rowan.

As part of Diaspora Week, the team behind the #BuyDonegal campaign wanted to scrape beneath the surface ever so slightly and find out a little bit more about Mark Tighe and especially his long-standing love of Donegal.

Mark claims that journalists make the worst interviewees, but we’ll allow our readers be the judge of that!

Moving about Donegal was a theme of Mark’s early days in Donegal due to his father’s work as a member of An Garda Síochána, “I got to see a good bit of east Donegal; from Letterkenny to Convoy, Raphoe & Lifford. I found the best way to mix with people was through football and I played as much as my minimal abilities allowed for Convoy Arsenal and then my school team in the Royal and Prior in Raphoe.”

Mark credits his love of surfing with ‘Auntie Eithne’ and the numerous trips to Rossnowlagh when visiting his mum’s family, the Muldoons, in Donegal Town. Asked about a favourite place to visit Mark said: “We had a lovely meal with the kids in Smuggler’s Creek in the Summer overlooking Rossnowlagh beach and it’s just such a stunning, special place”. It’s fair to say the connection with Rossnowlagh runs deep, so much so that the Sand House Hotel was the location for Mark’s wedding reception!

The subject of relocation back to the county of Donegal is something that is often discussed and at the forefront of many emigrants minds. On the topic of relocating Mark said: “We’re always thinking ‘what if we take the jump’, especially given Dublin house prices. But I’d have to travel down to meet people in Dublin and attend court cases quite regularly for my work. I also think our kids will probably go to third level education in Dublin so that is another reason to stay rather than move”.

The attractiveness of a move isn’t lost on Mark though: “The pros are many. For anyone on a Dublin salary buying a house in Donegal is so much easier than getting one in Dublin. Remote working is so much more accepted now in many workplaces that it wouldn’t be an issue for many employers to have staff working from a home in Donegal. Being up in Donegal has so many attractions, including the beaches, golf courses, access to nature and of course: the people”.

We take a detour from Donegal to journalism, I’m keen to know whether it was always going to be journalism for Mark: “I’m not so sure, there were a few ‘Sliding Doors’ moments where I could have decided to stay working in computers after I did that for my degree, or I could have gone off to do public relations or marketing. I always really wanted to be a journalist ever since I read about Veronica Guerin in the Sunday Independent. It wasn’t until my future wife convinced me to really give it a go that I backed myself to make it despite the odds of making a career out of it not looking so good”.

After the success of Champagne Football it is only natural that the creative juices would keep flowing: “I’ve a couple of ideas for investigative style books like Champagne Football but on a completely different subject and people. Having recently started with the Sunday Independent it has been great to work for an Irish newspaper instead of an Irish edition that is always fighting for space and attention from a larger UK edition as was the case with the Sunday Times.

Mark finishes our interview by teasing us ever so slightly: “I’m enjoying my work with the Sunday Independent team and it’s been interesting to contribute to their podcast series with an episode on John Delaney. That Delaney/FAI story is far from finished so we will have more on that front coming too….” 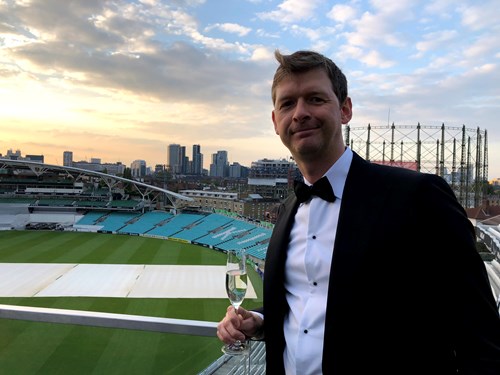