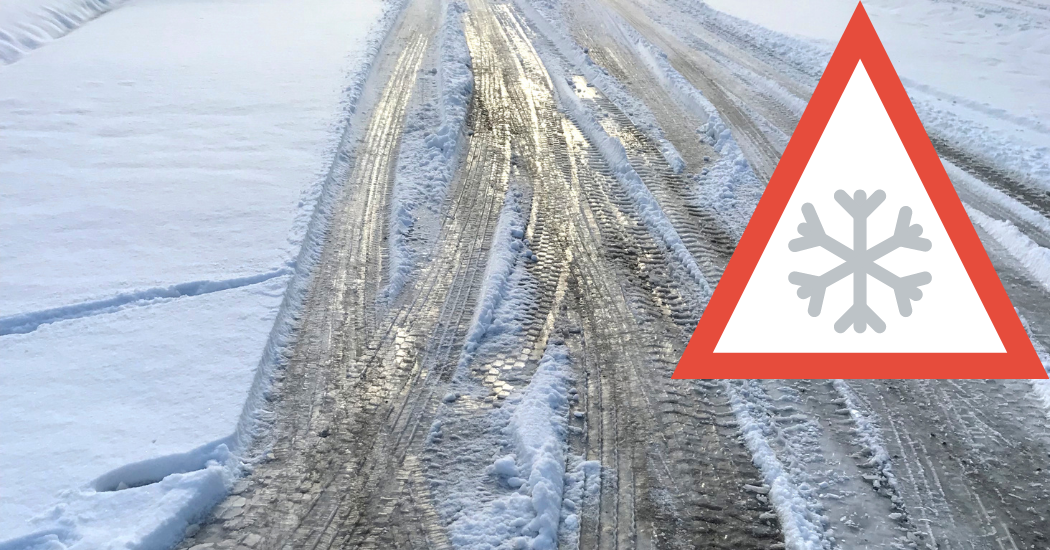 Motorists are being urged to take care over the coming days as temperatures are set to plummet further.

Met Éireann is warning of hazardous conditions and the potential for back ice and freezing rain on surfaces.

It comes as a Status Yellow Ice warning for Ireland is due to come into effect at midnight until midday tomorrow.

A band of wintry precipitation will sink southwards, with the potential for black ice and freezing rain on surfaces, the forecaster warned.

A Status Yellow Low Temperature warning will be in operation from 10pm tomorrow evening until 10am on Friday morning, with a sharp to severe frost expected, along with patches of freezing fog in places.

Met Éireann said that hazardous conditions are likely, with sharp to severe frost and icy surfaces, as temperatures are expected to widely fall to – 4C.

Snow is also possible tomorrow, especially in Midland counties and over high grounds.

It said black ice is difficult to see and if a road looks “polished or glossy” it could be “one of winter’s worst hazards”.

Met Éireann meteorologist, Joanna Donnelly, said temperatures are set to be five degrees below the national average, which is a drop of seven degrees of the mean temperature in a week, so it will be noticeable.

She said the potential for freezing rain is a concern as it can leave a sheet of black ice, which can be treacherous for walking, driving and cycling on.

Speaking on RTÉ’s Today with Philip Boucher-Hayes, she said: “If you’re going out the door wear sensible shoes and if you know anyone vulnerable, call in on them and don’t have them going out on black ice if it’s there”.

The UK Met Office has also issued a Status Yellow Ice Warning for Antrim, Down, Dermanagh, Tryone and Derry, which will be in place from 5pm this evening to 12pm on Friday afternoon, with some disruption likely due to icy surfaces.