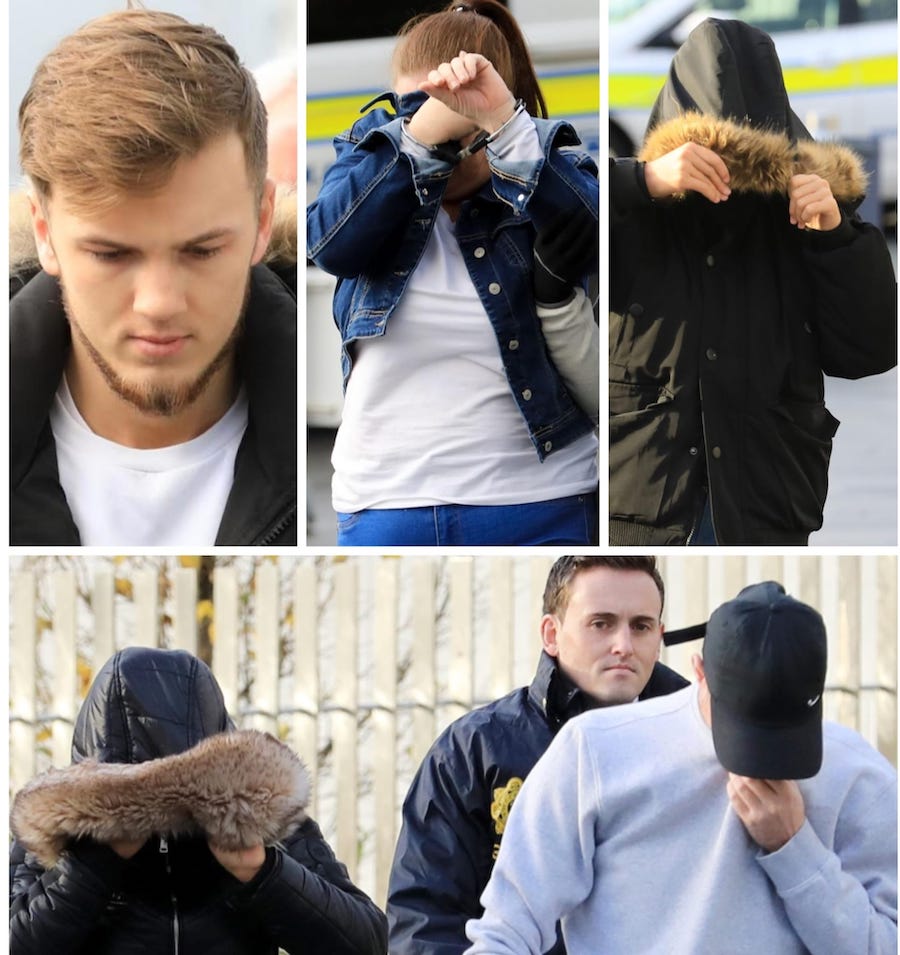 Five people including three members of the same family have appeared in court in Co Donegal charged with drug-dealing.

The five were all arrested yesterday during Garda raids in Letterkenny as part of Operation Tara, a Garda operation aimed at clamping down on illegal drug activity.

As well as seizing mobile phones from four premises, Gardai seized small amounts of cash and other documents.

All five arrested in the raids, three women and two men, appeared at Letterkenny District Court before Judge Brendan O’Reilly.

All were granted bail to appear again for directions in their cases from the Director of Public Prosecutions at Letterkenny District Court on December 19th.

The five were all charged under Section 15 of the Misuse of Drugs Act for having possession of drugs for sale or supply.

All are aged between their late teens and early 40s and all are charged with dealing various drugs including cocaine and ecstasy.

Gardai had agreed to bail but had sought to impose curfews on all the accused.

However, solicitor for all five, Mr Rory O’Brien, suggested to Judge Brendan O’Reilly that this was excessive as a curfew appeared to be “disproportionate to the allegations.”

Judge O’Reilly asked Garda Sergeant Jim Collins what the quantities of drugs seized were and was told they were between €100 and €500.

The Judge said he was granting bail in all cases but wanted various independent cash sureties from all five accused.

He also told all five to surrender their passports, sign on three times a week at Letterkenny Garda station, be of good behaviour, provide a mobile phone number to Gardai and to remain at the address given in court.

Another man, David Orr also of Ballymacool Woods, appeared in court yesterday charged in connection with the same raids.

The 18 year old appeared at Letterkenny District Court on Tuesday charged under Section 15 of the misuse of Drugs Act for selling cocaine.