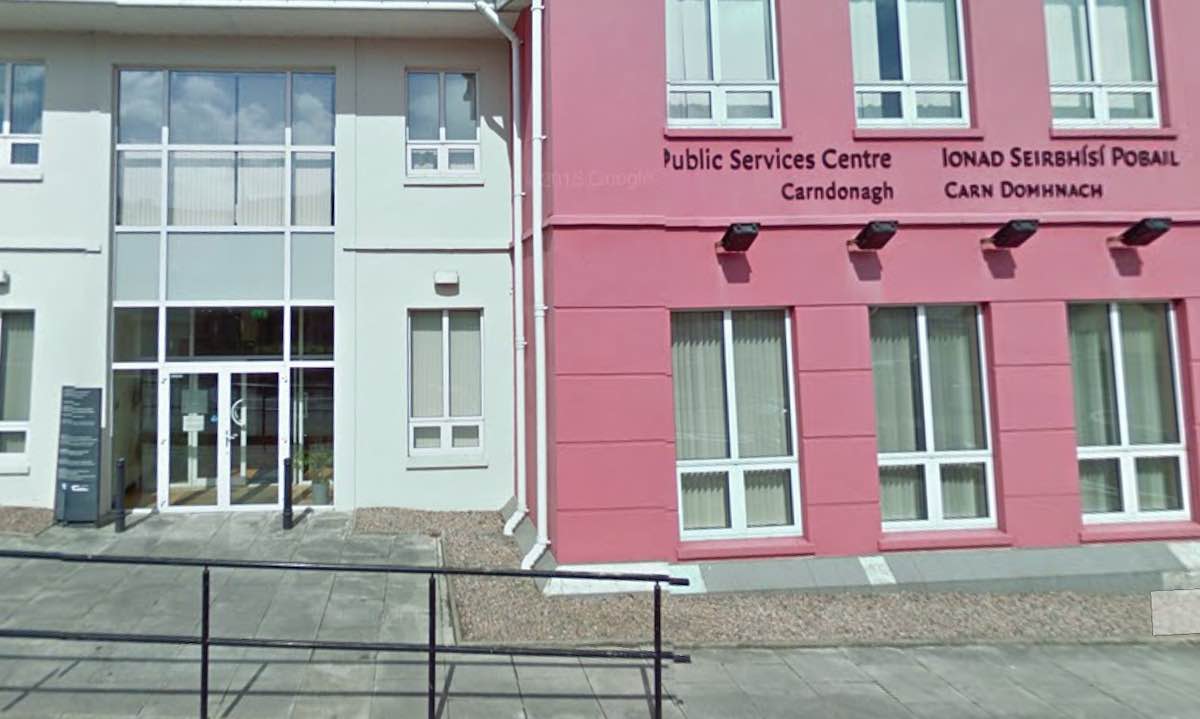 Defective Blocks protestors have postponed a planned occupation of council buildings today after being unable to gain access to offices.

Donegal County Council has closed the Carndonagh Public Services centre ahead of threats of a sit-in protest by homeowners.

A notice has been placed on the office door telling the public that the building is closed this Thursday.

A statement from the council said: “Donegal County Council wishes to advise that the Public Service Centre & Library in Carndonagh is closed today. If you require Council services please contact our offices by phone on 074 91 53900. Motor Tax services can be transacted at other Council offices or online at www.motortax.ie”

Activist Paddy Diver, speaking from outside the premises, says that homeowners will return tomorrow.

The planned “civil disobedience” protest was expected to see homeowners bringing tents and sleeping bags to the Carndonagh council offices this afternoon in a plea for safe accommodation.

Families in condemned homes are seeking urgent rehousing before Christmas. Homeowners are also demanding the release of €15,000 grants to help them find alternative accommodation. They are also calling for redress scheme applications to be fast tracked with focus remaining on the worst affected homes.

A statement from Donegal County Council this morning said the meeting related to the enhanced scheme, temporary modular housing and an emergency fund to deal with a number of urgent cases.

A spokesperson from the council said: “The meeting was constructive, and the delegation highlighted concerns in relation to a number of families who require immediate emergency assistance. In particular, the delegation emphasised the need for the €15,000 grant that is planned under the enhanced scheme for alternative accommodation to be made available urgently for these families. The Minister indicated that he was anxious to find a solution to this issue, and it was agreed that there would be further clarification very soon. It was also agreed that there would be further discussions on modular homes.

“The delegation highlighted the particular urgency of the families requiring emergency assistance, and the Minister indicated that there would be further engagement very shortly in this regard.”