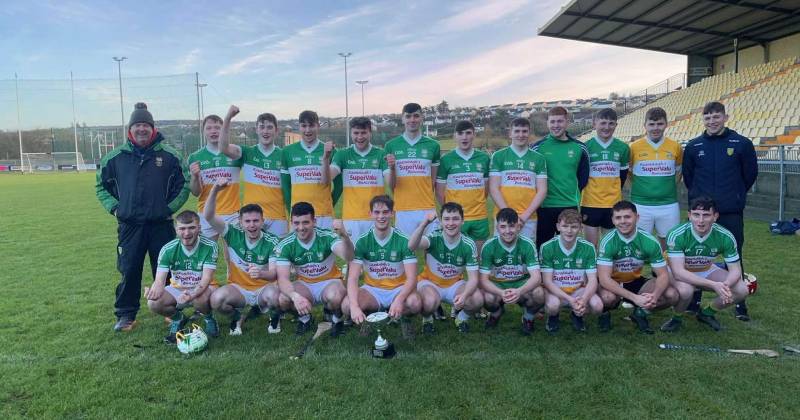 Buncrana Under-21s sealed the U21B Hurling Championship over Dungloe convincingly with the help of the scoring power of Oisin Kelly.

Kelly scored four goals in the game at O’Donnell Park which eventually took place at the third attempt having been frozen over at the same ground and was abandoned on the 22nd of December due to the fog in Convoy.

Buncrana lead by 0-6 to 1-1 in that game before the whistle went and they weren’t going to let their opponents have a second bite at it.

Kelly had a hat-trick inside 10 minutes which saw Buncrana stretch ahead and they went into the break with a 15 point lead at half-time.

Second half goals from Cathal Wilson, Ryan Hegarty and Kelly ensured the U21B Championship would be making its way to Inishowen, while Caolan O’Neill struck 0-7 for them to add to the scoreline.