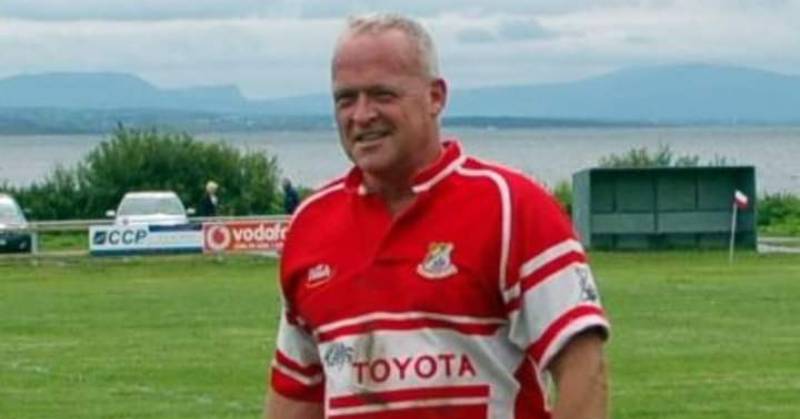 Keith Anderson of Donegal Town RFC has decided to hang up his boots after an incredible near 40 years of playing for the club.

The well known auctioneer has joined a select few in playing the sport into his 50s and has gained a huge reputation in the ranks of Ulster Junior Rugby.

Keith’s playing days began in the early eighties with earliest records showing him featuring against Newry in 1985, when a try was worth 4 points, rucking was allowed at ruck time, and as the man himself would say – the rugby pitch was no place for snowflakes.

Keith, who was and always has been a fesity hooker in his playing days, was a member of the Ulster Qualifying 4 league winning side of 1998/99.

Anderson has held various positions within the club over the years including second team captain on two occasions in the 90’s, club secretary, club president, quizmaster, and auctioneer.

However, his return to playing while in his mid-fifties has undoubtedly inspired his team mates and all sports-people of Donegal and beyond to believe that age is just a number.

Keith’s latest playing spell began in 2017, a return to the pitch for a preseason charity match dubbed Legends v Select XV and he caught the playing bug once again.

Having agreed to play some matches for the 2nd XV, it wasn’t long until the veteran was back to 1st team rugby on merit.

Since then he has been a mainstay, and a mentor for the younger players, while setting the standard for what is required to represent the club.