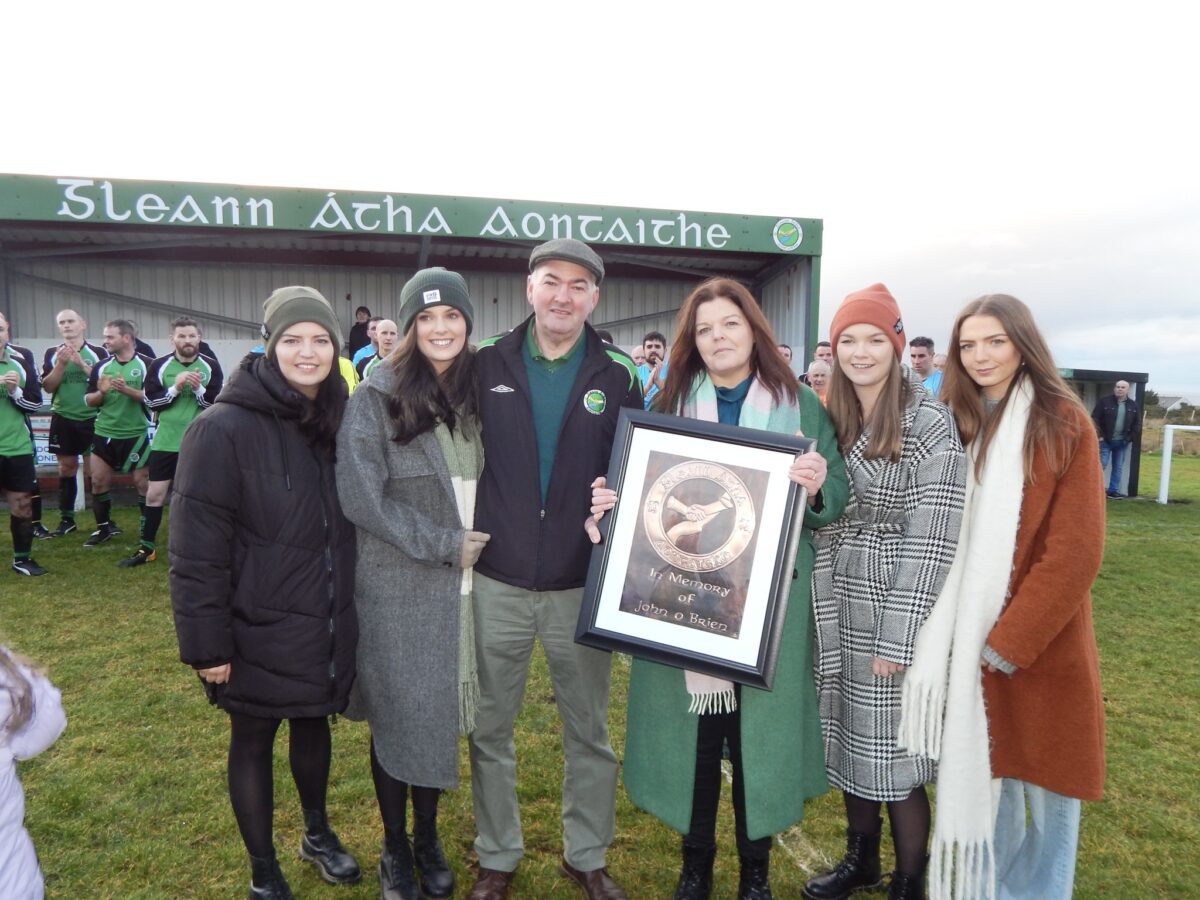 As expected, a bumper crowd was in attendance in Páirc Joe on New Year’s Day for a special match in honour of Glenea United legend, John O’Brien.

The former Donegal League-winning captain passed away in January 2021.

John, late of Wee Brae, Falcarragh, was an integral part of the famous three-in-a-row league winning side from the early 00’s, captaining the team to one of those titles.

The match brought together stars of the famous 3-in a row team as well as a Legends side made up of former teammates of John during his illustrious career with the club.

Both sides were led onto the field to the centre circle by John’s wife Sharon and his 4 daughters, Aishling, Siobhan, Christina and Aoife. A minute’s applause took place. 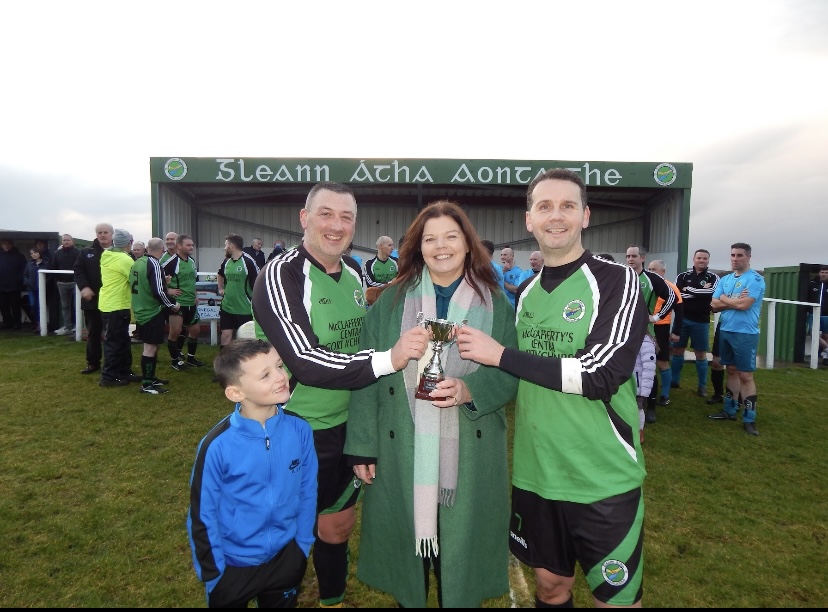 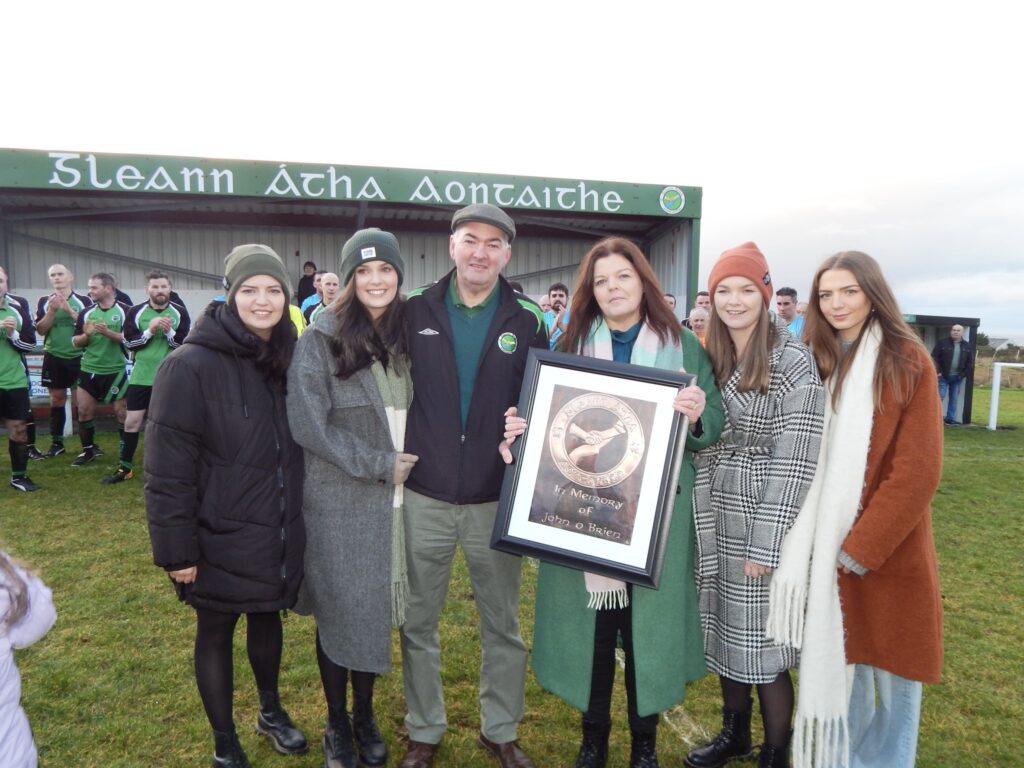 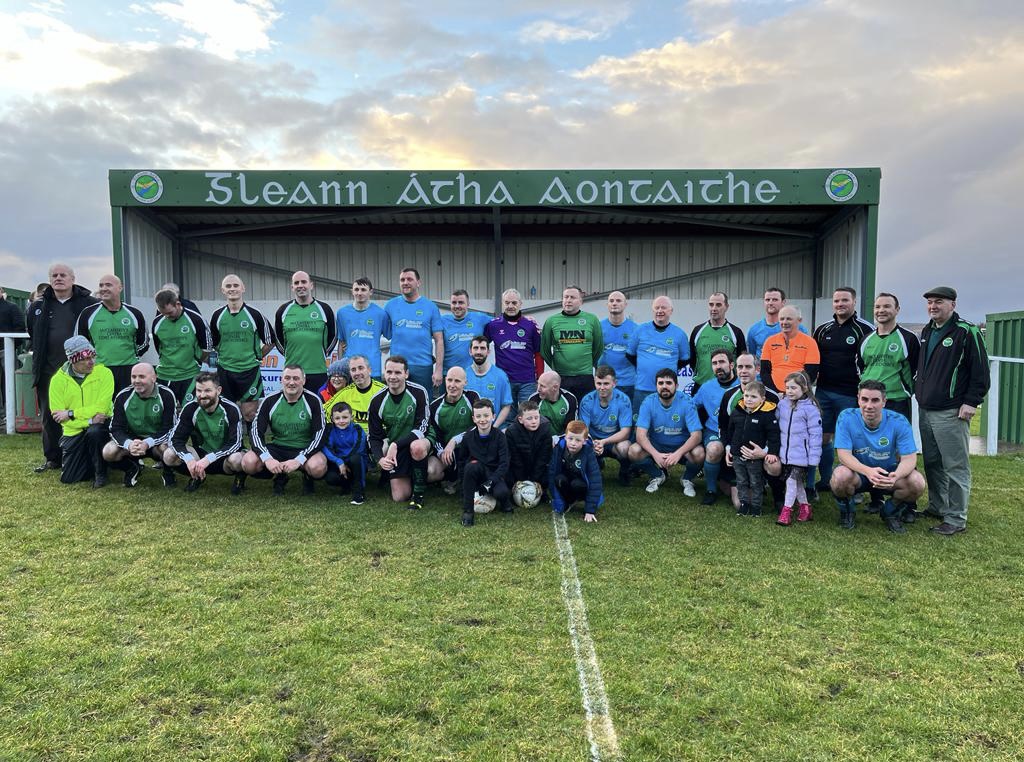 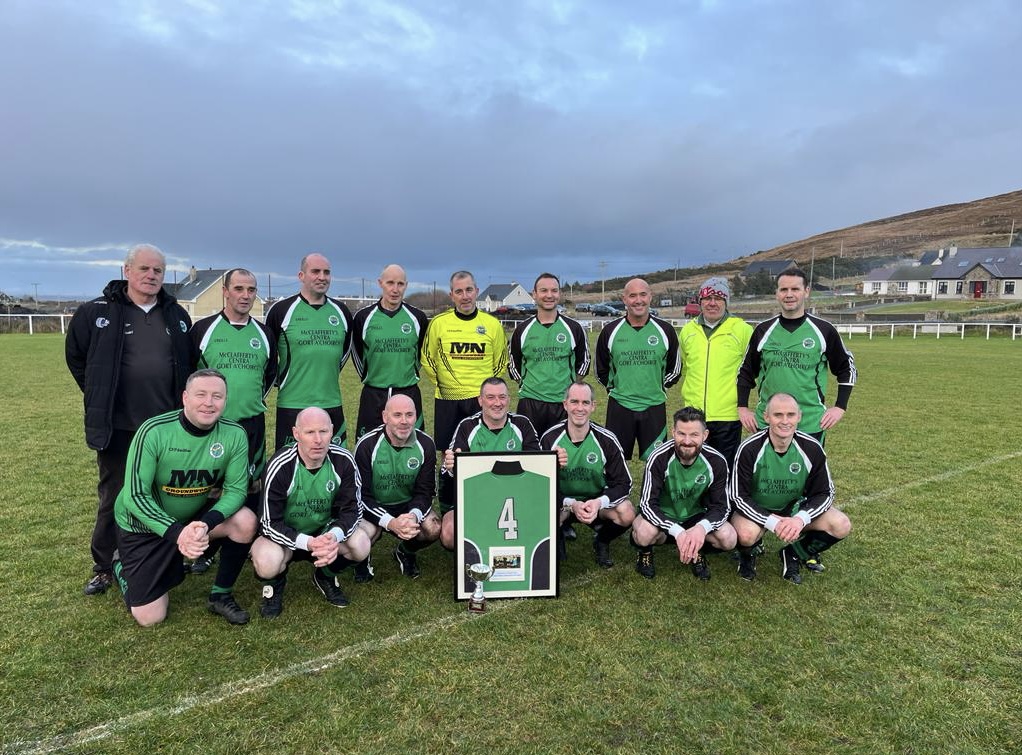 Following the match there was a great turnout in Teach Dixons, where family, friends, teammates & supporters reminisced over the good old days. The crowd were entertained by the talented Darren Lynch followed by the Danny Byrne Band. Thanks to Teach Dixons for looking after the crowd.

All proceeds from the game and raffle will be donated to the Donegal Hospice. Sharon made a speech on behalf of the family to thank all those who helped in any way, including those who donated both prizes and money to a worthy cause. Finishing the speech with everyone raising a glass to “The Wee Man”. See more photos from the day below.

More than €16,000 has been raised online so far, with the grand total to be revealed in the coming months.

You can still donate online at: https://www.idonate.ie/fundraiser/OBrien1 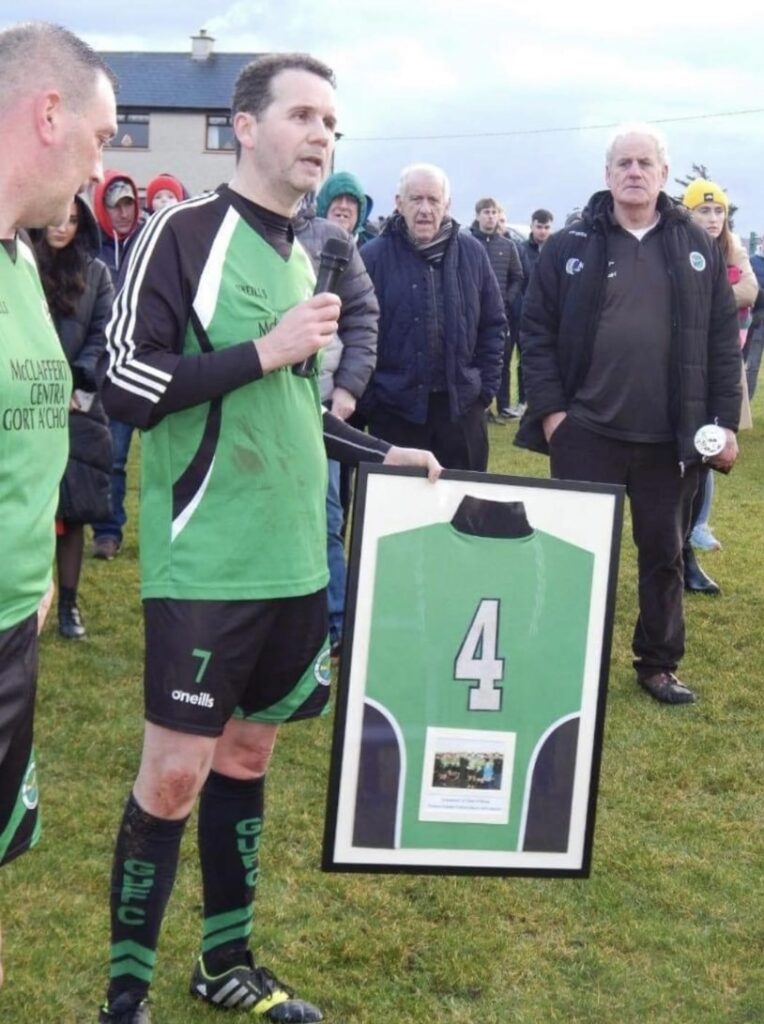 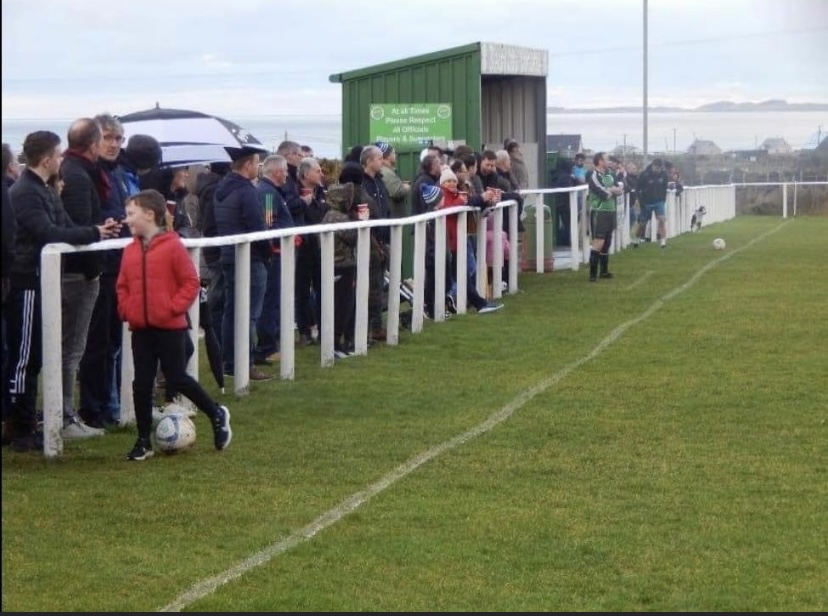 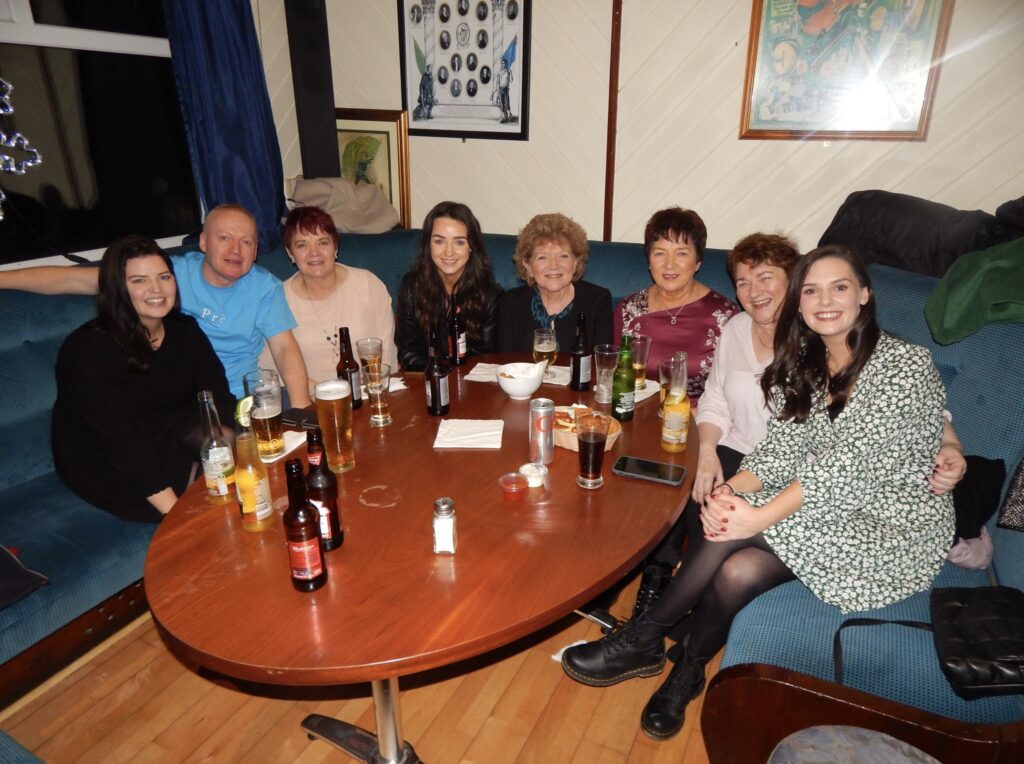 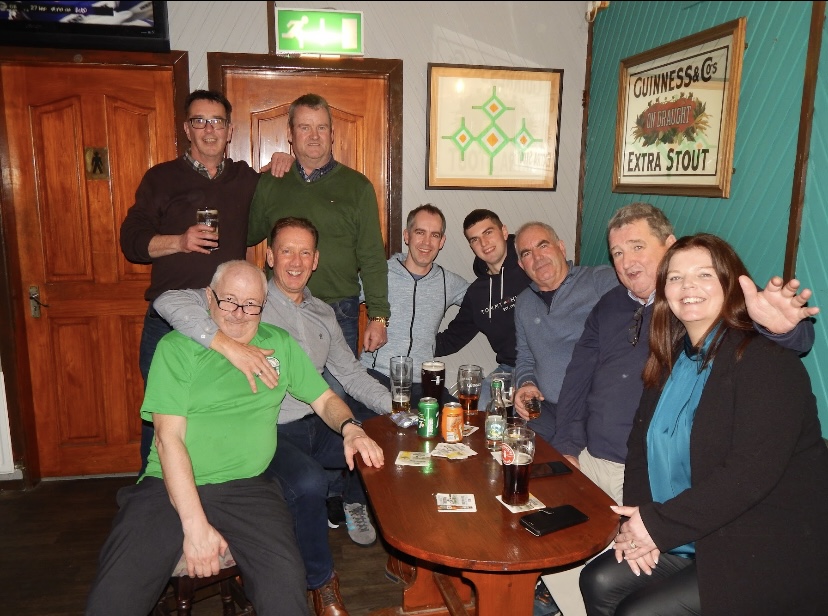 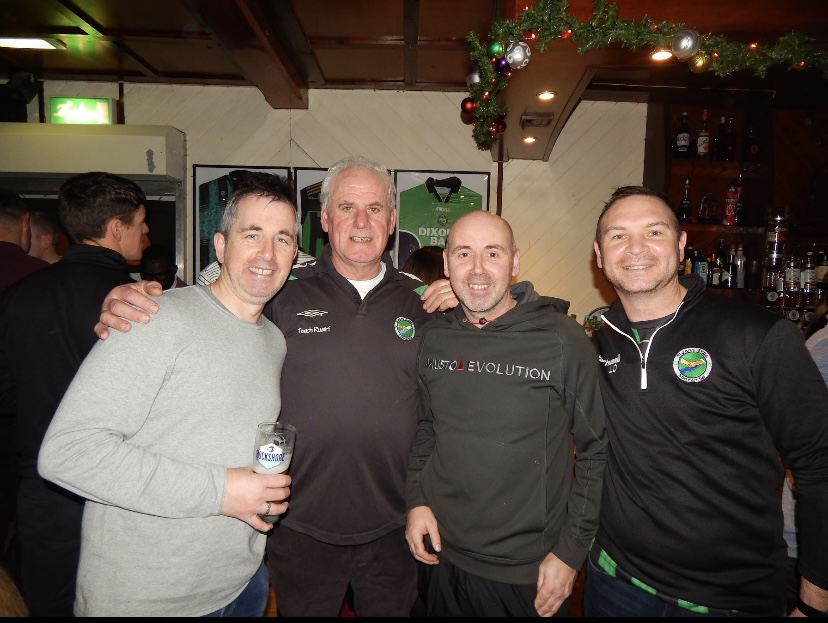 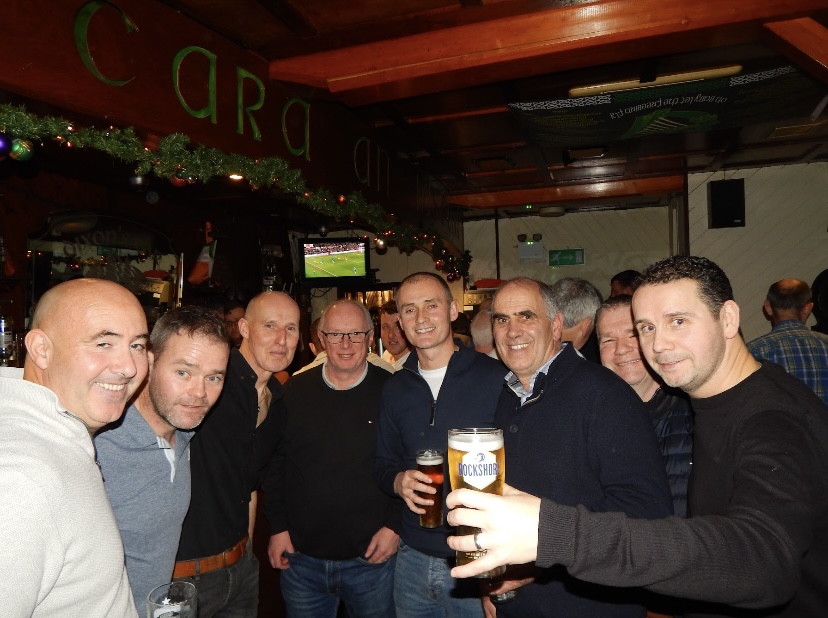