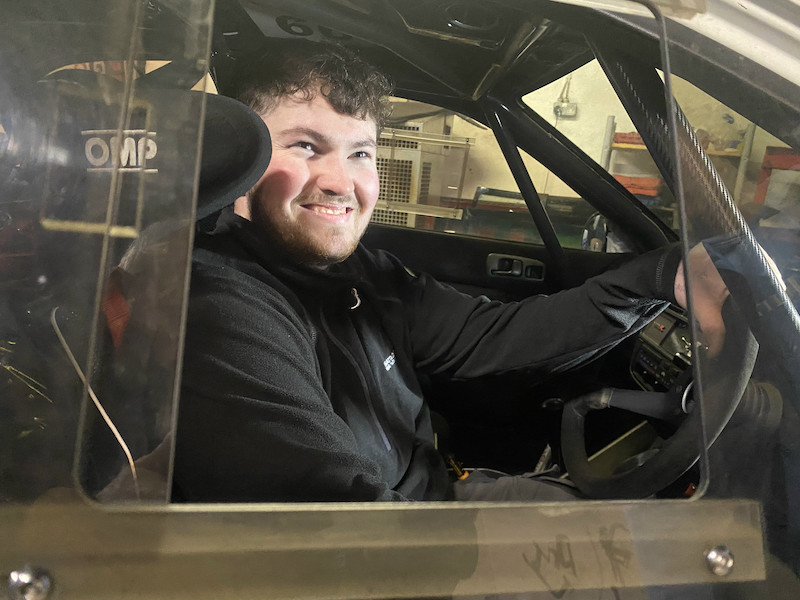 I’m heading to a garage on a cold wet and windy Saturday afternoon when it gets dark very early.

It’s now 4.30am and I only have the light coming out from an old garage door to guide me to my location. The boys push the car out to the middle of the floor. It belongs to Davin Orr from the Mountain Top, Letterkenny.

At the start of February this young Letterkenny man hopes to compete in his first stages rally and has sent his entry fee away for the event.

Davin is in the same boat as everyone as he awaits confirmation that he is on the entry list and will be going in the first big rally of the 2023 season. The 24-year-old Letterkenny man is not new to motorsport having competed in karting for nearly ten years. And has a cabinet in his home full of silverware to mark his achievements on the track. 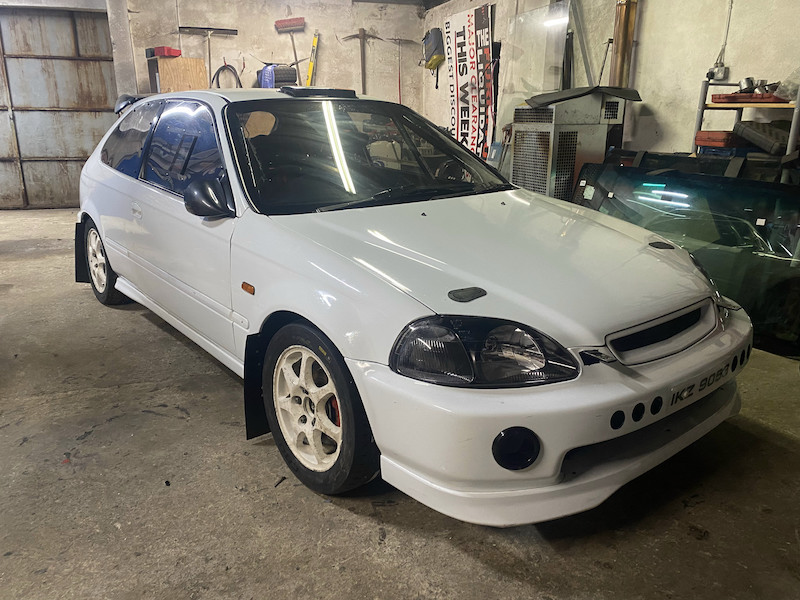 The rally prepared Honda Civic of Davin Orr ’s all set for the Galway International in February. Photo Brian McDaid. 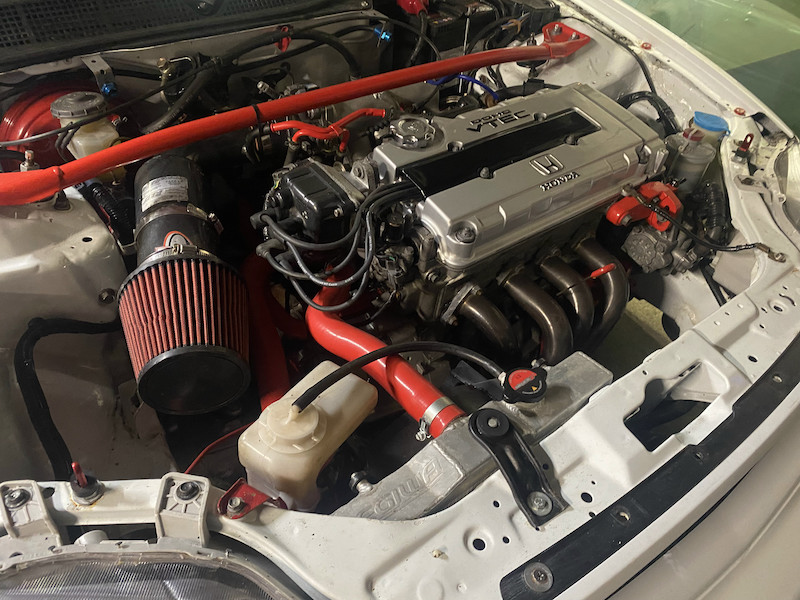 The power plant in Davin’s Honda Civic all ready to go on the Galway International Rally.

On Saturday his next chapter in Davin’s motorsport journey sits in the garage as a blank canvas. A Honda Civic 1600 awaits the graphics to promote his sponsors who include Industrial Maintenance Services, Mr Chippie, CBM Signs, Northwest Aircon, Mountain Top Screens, CMD electrical all of which Davin is very thankful to.

Davin is an electrician by profession and preparing for his first proper stages rally it’s family and friends that he has known since his school days that are stepping up to the plate to get his team up and running.

His Honda Civic will be run in the national section of the Galway International next month, all going well. Davin’s father Declan who also rallied a variety of cars from a big 2.9 Ford Sierras and even a Honda Civic in his day will do the servicing. 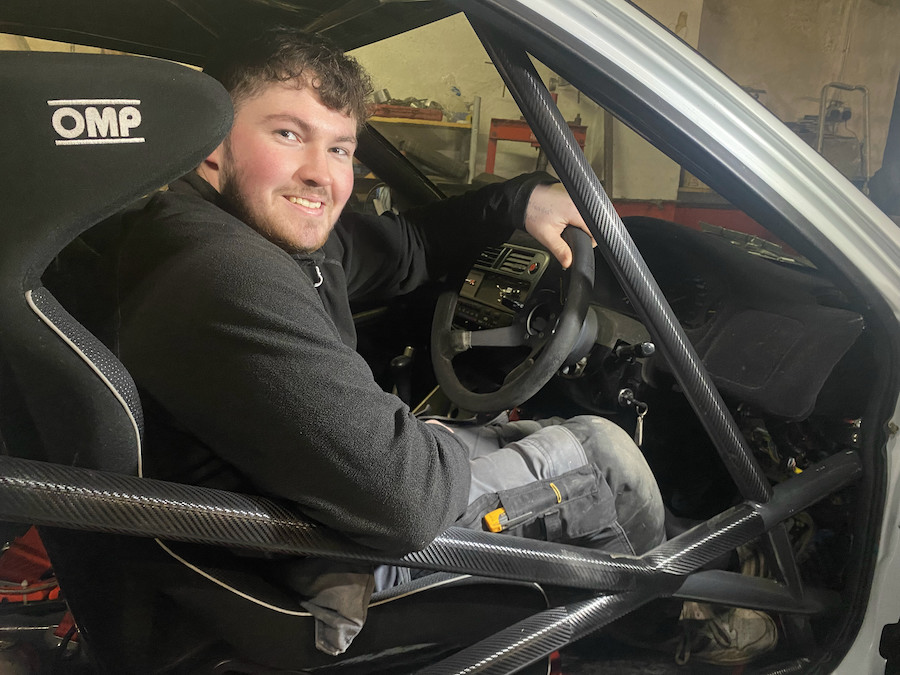 David putting in some final adjustments as he get ready for the Galway International Rally. Photo Brian McDaid.

Davin is planning to do a few rounds of the championship this year starting with Galway then Killarney and most of all his native Donegal in June. Donegal is where Davin got the bug for motorsport watching his father and uncles competing in Donegal. But for Davin it was Eugene Ferry in his Mk 2 escort that was his local hero growing up. Davin still recalls the way the Gweedore man drifted his blue and yellow escort about at junctions. Davin always said to himself some day I’m going to do the Donegal.

Davin’s Honda Civic develops 232 brake horse power from its 1600 Japanese engine and the biggest challenge the young Letterkenny man will be faced with in Galway is getting that power on to the road on what is known as a winter rally, where the stages are famous for their slippery conditions with mud and water being pulled on to the stages by the competing cars. The old famous dry stone wall ditches are beautiful to look at but can easily put an end to a driver’s event if they get into an argument with them. So for Davin the top priority in Galway is to get to the finish and get a result and get the wee civic back in one piece.

This first rally for both car and driver will give Davin a good idea of the development that both may need to compete competitively in the 2023 championship. He powers up the Civic and you can hear the electric petrol pumps pull in

The three to one mix of petrol and Panta racing fuel that the car is tuned to run on. The glorious sound of the v-tec engine building the revs echoes off the corrugated iron roof of the garage followed by that familiar Honda exhaust tingle at the end of the revs.

Davin plans to do a bit of an upgrade in the transmission, something that these highly time Honda engines are a bit sore on. But the plan is to get the Galway rally done first then we will know better what we need to develop and upgrade gearbox wise. Throttle bodies are a development that Davin hopes to move to later in the season which he believes will benefit this power plant. On Saturday evening we had a chat with Davin and two of his friends were there to give the Letterkenny man a bit of support (or try to make Davin laugh when he was posing for photographs.) 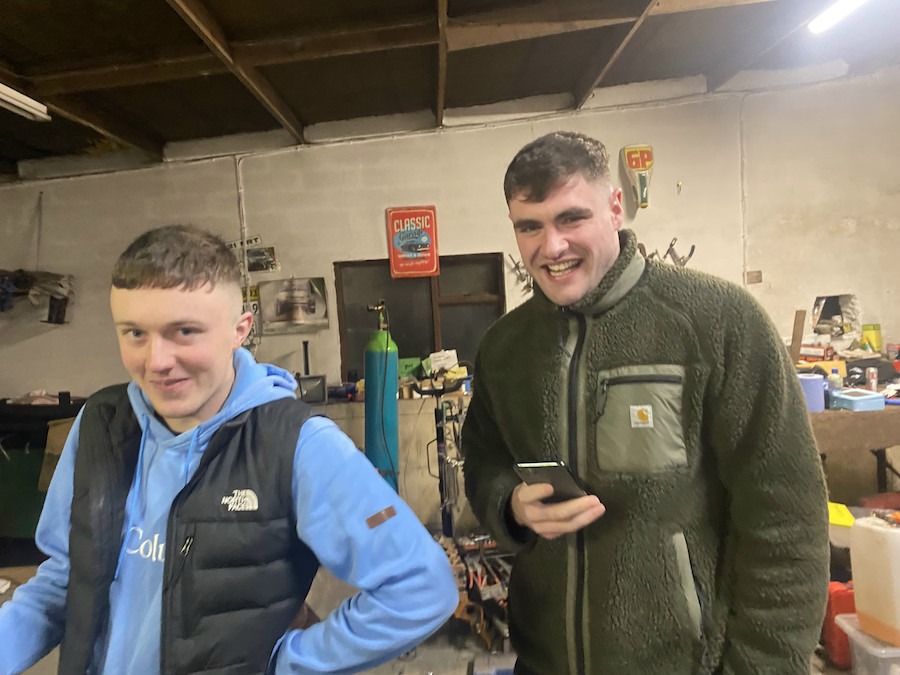 Mathew Gallagher and Marc O’Boyce are friends from his days at St. Eunans College. They were there that Saturday evening much like the many wee garages like this all over Ireland that produce the first seeds of a rally team. Marc who works in graphics is ready and waiting on the final design for this white Civic which will transform this rally car.

Davin will be taking notes in Galway from Co-Driver Michael Mc Brearty from Termon and all going well as they wait for the entry list to be announced and hopefully the Donegal’s team will be included in it. 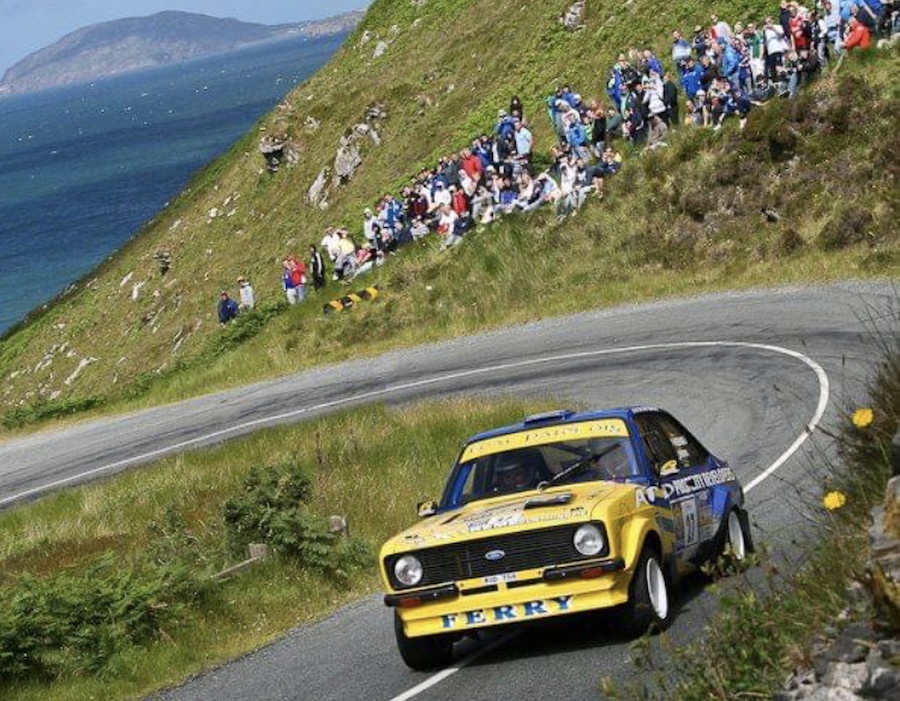 Eugene Ferry on Knockala on the Donegal International Rally, a donegal driver that a you Davin Orr looked on as a local hero growing up.