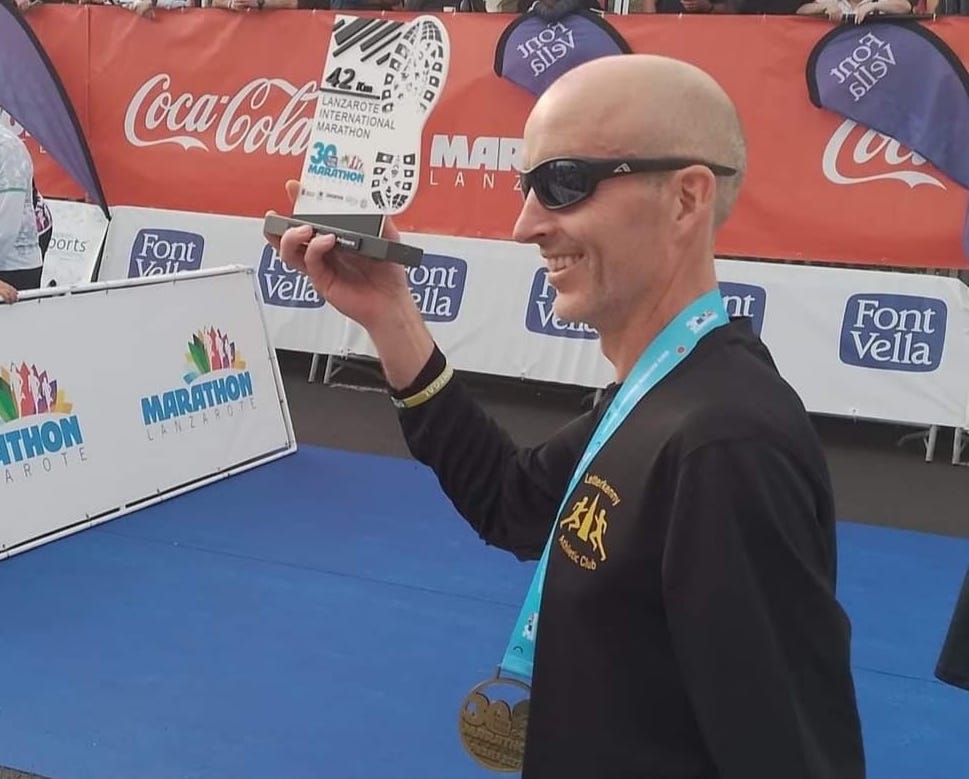 Ciaran McGonagle will represent Ireland at the Anglo Celtic Plate 100k in Armagh.

The Letterkenny AC athlete is part of an 11 strong squad that will compete at the event on April 2 at South Lake Leisure Centre in Craigavon.

The Anglo Celtic Plate 100k Home International plays an important role in developing athletes at distances beyond the Marathon and to prepare athletes for future opportunities at European and World Championships.

This year has seen the highest number of applications to date and is proof of the growing interest in Ultra Running.

The Anglo Celtic Plate will also incorporate the Athletics Ireland 100Km Championships as part of an Open Race.

Athletes in the Open Race will also be eligible for National Championship Medals once they are registered members of an Athletics Ireland affiliated club.

McGonagle won the Lanzarote Marathon last month and was the winner of the Glenmore 10 Mile race in September.