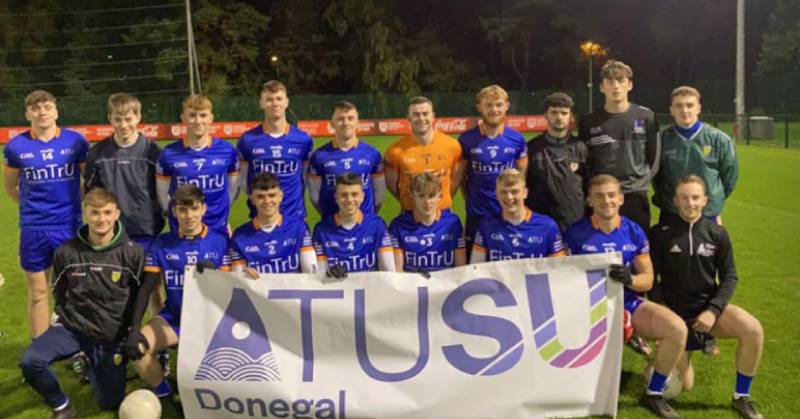 ATU Donegal suffered a second defeat in the Sigerson Cup by a single point against Ulster Univeristy Jordanstown.

The Donegal side were in control from the off and into the early stages of the second half, and led by eight points at a stage, but goals from the Jordanstown side got them back into the game and go two points ahead going into added time.

ATU took an early foothold in the game, but the first score of the game came from UUJ via an Andrew Gilmore free.

Joel Bradley Walsh fisted over to level and an Eoin Dowling goal had ATU three points up after a long ball from Jason McGee came to Bobby McGettigan, who tipped the ball to the St. Eunan’s clubman before he fired into the net.

Keelan McGroddy, a McGee free and four more frees from Joel Bradley Walsh had ATU in the ascendancy while Gilmore and Conor Cush kicked over for UUJ, but another Bradley Walsh score and one from Shane O’Donnell had ATU 1-9 to 0-5 up at half-time.

Bradley Walsh got his eighth point of the game to bring the deficit back to just a point, but Maxi Curran’s side couldn’t find a leveller.