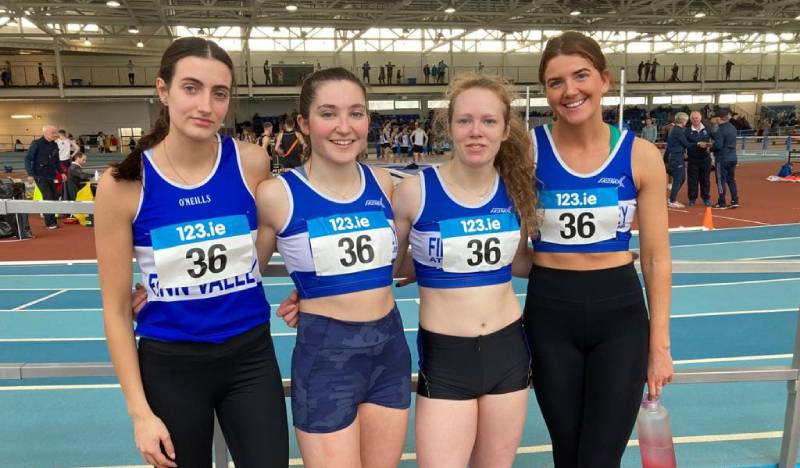 The team of Arlene Crossan, Sinead Gallagher, Janine Boyle and Hannah Murray finished in 1:43.07 to win their heat and break the record.

Finn Valley were competing at the second round of the National Indoor League today at the TUS Arena.

Bridget McDyer won the Women’s Weight for Distance (28lbs), throwing out to 9.92m, while Aine Kerr was 4th in the Triple Jump with a best of 10.28

Hannah Murray was second in her 400m heat and was third overall, finishing in 56.84.