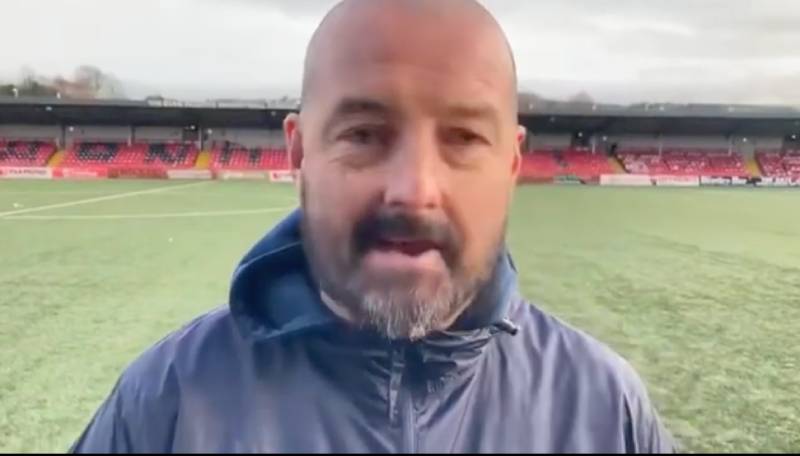 Finn Harps manager Dave Rogers says it’s lessons learned for his side that were beaten 6-0 by Derry, as he looks to add to his squad with more players that will want to play for the badge.

But the new manager is happy with his side getting game time as they prepare for the new season.

Rogers said: “The game at Dundalk showed that the boys have got real energy, character and desire to do well, it was a good performance and a work out.

“But when you’re playing two games in 36 hours your recovery is important.

‘Derry city are a top class side and we’d rather be playing games than doing training sessions. But only two weeks into the season we’ve played two of the top teams in the country and we take lessons from everyone that we play.

“We finished the game with three 16-year-olds, two 17-year-olds, some lads we’ve had in on trial, so we’re giving people an opportunity and that’s the way we do things now, so we take the good with the bad.”

Rogers is still looking to bring in new faces but he wants to make sure they fit the new philosophy that he brings, in having a passion to play for the badge.

“I’ve got agents ringing me day after day, I’ve people wanting to come in on trial, I’ve still one or two loan moves that I’m looking at.

“We know where we need to bring in and what we need to add to the squad.

“I’ve found different players that want to stay in Dublin and travel up twice a week, but that’s not gonna happen under me.

“We want players to commit and play for this club, players who want to be here and we’ve got 8 or 9 on two year contracts so come the end of the season we’ll still have a bulk of players that are still here for the following season and that’s the way we need to move forward.

“No one that comes here will not want to be here for the right reasons,  and everyone we bring in wants to be part of this new era and want to play for the fans and Finn Harps.”