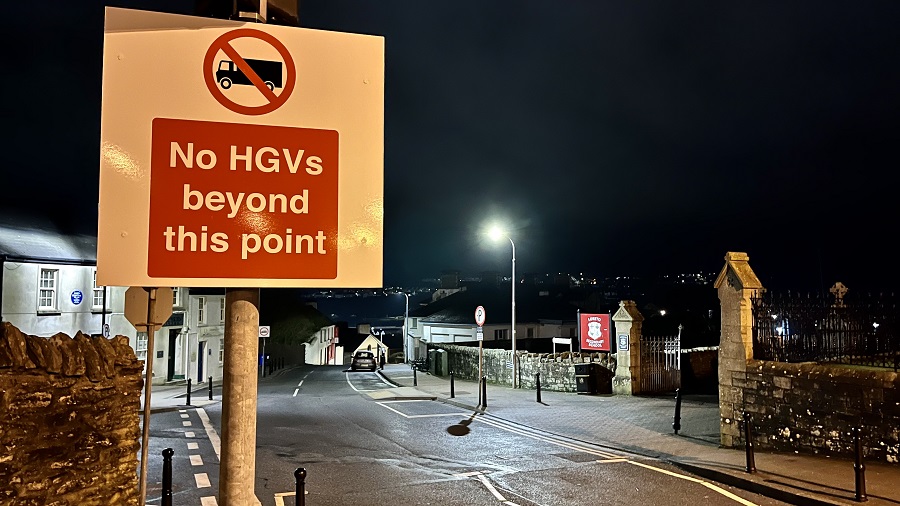 Letterkenny Councillor Jimmy Kavanagh has called for better signage to alert HGV drivers of the dangers of driving down Market Square.

There are currently two signs advising HGV drivers not to travel down the steep and narrow lane.

But the warning signs come too late, according to Cllr Kavanagh.

He told this month’s meeting of the Letterkenny-Milford MD about a recent incident in which a loaded lorry almost became stuck on the square.

Cllr Kavanagh said: “In early December, the driver of a 30ft lorry with another trailer on behind it was nearly at the top of the Market Square when he was stopped. He had an awful job of getting back up again.

“The driver was fairly scared trying to get back up again. It is extremely dangerous.

“I don’t know if people aren’t expecting a sign but we need an earlier warning.

“It would have been a whole lot worse if he got down; he could have held up the whole town.”

Cllr Kavanagh has suggested to the council that signs further up at Sentry Hill may be more effective to give drivers a chance to re-route.