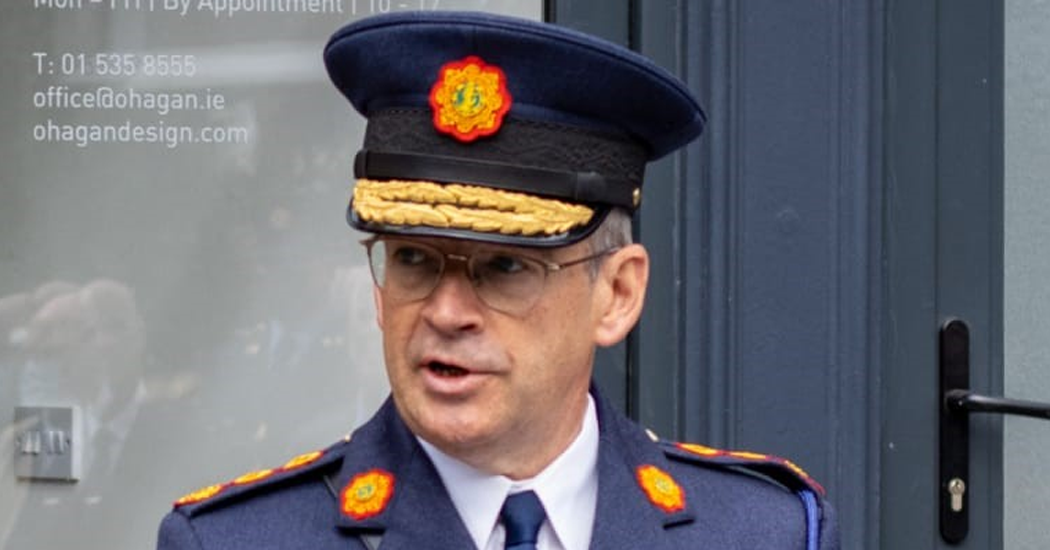 ‘No excuse for disgraceful attacks on gardaí’ – Commissioner Harris

Garda Commissioner Drew Harris has condemned recent assaults on gardaí in the line of duty.

A member of An Garda Síochána had part of their garda’s finger bitten off on Saturday morning in Ballymun. The garda was responding to an alleged incident of dangerous driving and carrying out an arrest when the assault occurred.

Commissioner Harris has condemned all assaults and outlined that the organisation would be seeking to procure enhanced and additional safety equipment for Gardaí, and provide them with further training.

Commissioner Harris has once again outlined his support for the introduction of body cams.

Commissioner Harris said: “The safety of Gardaí is of utmost importance and concern for An Garda Síochána, myself as Commissioner, and all four Garda Representative Associations.

“Regrettably, already this year we have seen a number of serious assaults on Gardaí.

“While all Gardaí accept policing has its risks, there can never be any excuse for these disgraceful attacks.

On the issue of recruitment, Commissioner Harris said that An Garda Síochána had experienced a drop in the number of Gardaí as a result of COVID-19 restrictions on training.

However, Garda staff numbers have increased by 1,200 in recent years. This has enabled more than 800 Gardaí to be released from administrative roles to operational duties in areas such as tackling street level drug dealing, and preventing and detecting sexual crime and domestic abuse.

Commissioner Harris stated that in 2023 An Garda Síochána was planning to have classes of approximately 200 Garda students in the Garda College every 11/12 weeks.

Annual recruitment competitions for Gardaí will also be introduced with the first of these going live in Q1 2023.

In 2022, between retirements (340) and resignations (109), approximately 450 Gardaí left the organisation out of more than 14,000 Gardaí. The number of Gardaí leaving via resignation in 2022 equates to approximately 0.8 per cent of Gardaí.

Any resignation is of concern to the organisation and An Garda Síochána will shortly introduce exit interviews to examine why Gardaí are resigning.

He said: “I am looking forward to welcoming more Garda recruits to the organisation throughout 2023 starting next month and I am confident that we will soon get back to a situation where Garda numbers are growing.

“I have said this before, but I not only want to get to the current target of 15,000 Gardaí, but given population growth, demographic change and the rapidly changing nature of crime, I believe there is a strong case for there to be more than 15,000 Gardaí.”