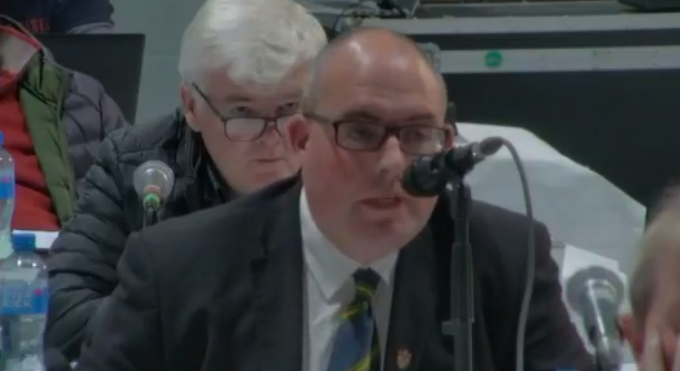 A councillor has tabled a motion on the future of NowDoc for next week’s plenary meeting of Donegal County Council.

Cllr Michael McClafferty is raising the issue due to concerns recently raised over the future of the out-of-hours GP service.

His motion states that: “We as a council object in the strongest possible terms to any change being made to the NowDoc service (or any possible replacement by Care doc) of which I understand plans are gathering at great pace to happen.”

He wants the council to state their objection to any change to the current service model which covers all rural Donegal as well as all its towns and villages.

“Such a change, if it were to come to pass, would put both our hospitals and A&E under much more added pressure and stress in what is already a very unsatisfactory situation. This cannot be allowed to happen, and I am asking the council please to write to our Health Minister, Stephen Donnelly, to prevent such a move from taking place and to stress how serious this would be for Donegal and its residents. I kindly ask the council, without delay, to write to Minister Donnelly personally on this matter and seek assurance that the NowDoc model will not be replaced.”

Cllr McClafferty also claims “we will wait for days” to see a doctor under the CareDoc system.