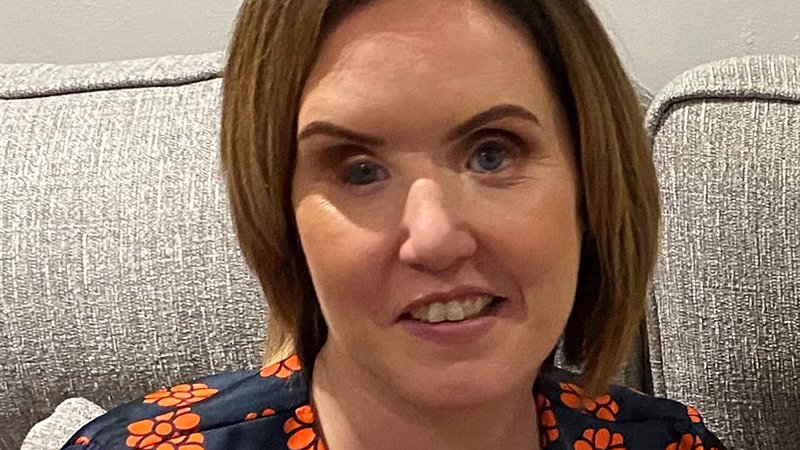 Omagh bomb survivor joins line-up of ‘Together For Creeslough’ concert

A renowned pianist who lost her sight in the Omagh bomb is to play at the ‘Together for Creeslough’ concert next Monday.

On Monday, January 30th, Claire will join a star-studded line-up of musicians who will share their talents to thank those involved in the aftermath of the Creeslough tragedy.

Ten people were killed following an explosion at the Applegreen Service Station in the village on the afternoon of Friday, October 7th.

Among the many invited to the concert are the families of those who lost their lives and also members of the emergency services who fought bravely to save them.

Claire Bowes will accompany the children’s choir that will be made up of pupils from the local schools. Claire, who was blinded at age fifteen in the Omagh bombing, is now a piano teacher and the owner of Omagh Music Academy.

Joe Gallagher of Joe Gallagher Entertainments said: “We’re delighted that Claire will be playing on Monday night. Claire has shown great courage and strength after sustaining life-changing injuries in the Omagh Bomb in 1998. Our ultimate aim is to give the people of Creeslough and surrounding towns a sense of hope through Monday night’s concert.”

Mr Gallagher has paid tribute to all the artists who will perform in front of a sell-out crowd.

He also revealed that the idea for the one-off event came about during a conversation with Irish pop star, Brian McFadden, whose father, Brendan, is a native of Creeslough.

“Brian and I got chatting the day after the Creeslough tragedy and the event has taken a life of its own since. It’s great to be at the stage where final preparations are being put in place. We’re delighted to be involved and are looking forward to an extremely successful night,” he said. 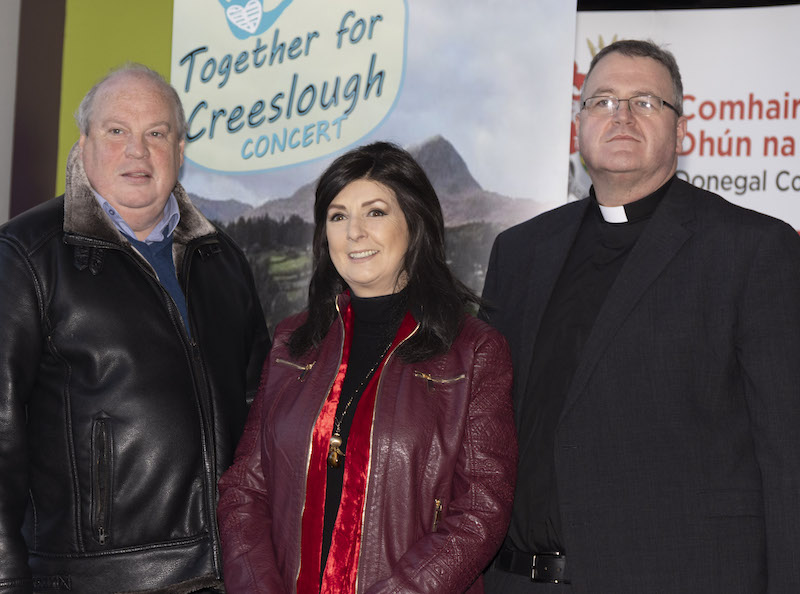 Clannad’s Moya Brennan with Fr John Joe Duffy and promoter Joe Gallagher promoter at the launch of the Together for Creeslough concert at the Aura Leisure Centre in Letterkenny. (NW Newspix)

“All the artists performing on the night are good friends of mine. I don’t ask them to do much. In fact, I’ve never asked them to do anything outside of the norm. But when I did on this occasion, they all jumped. It’s going to be a night to remember, and we hope that everyone who is coming along will look back on the concert in years to come with fondness.

“It’s unfortunate that it takes a tragedy to bring everyone together, but we didn’t want the opportunity to pass without doing something for the people of Creeslough, and those that helped them in their hour of need,” he added.

Doors will open at the Aura Leisure Centre on Monday at 7 pm and the concert will get underway at 8 pm. Co-hosts for the star-studded night will be Clannad’s Moya Brennan and Altan’s Mairéad Ní Mhaonaigh.