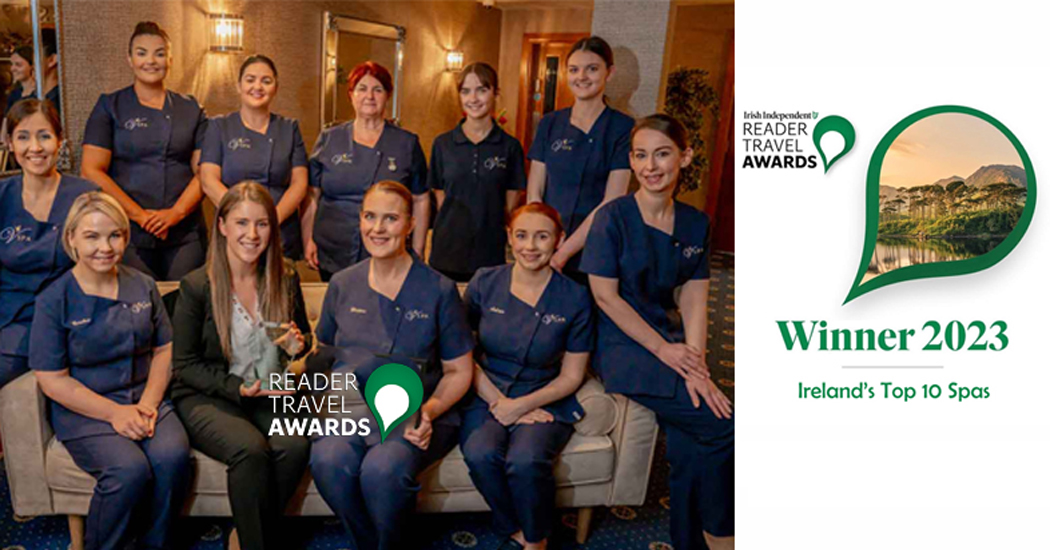 2023 got off to a winning start for the V Spa at the Villa Rose Hotel in Ballybofey.

The V Spa has been announced as one of Ireland’s Top 10 Spas in The Irish Independent Reader Travel Awards for the second year in a row.

Spa Manager Denise Rose is extremely proud of her team of Therapists who have contributed hugely to the V Spa’s success.

Their spa therapists are known for their high level of advanced training and for innovation in terms of treatments and in particular their Medi Spa offering.

Winning the award is yet another endorsement of the Donegal based V Spa set with the 4 Star Villa Rose Hotel, which enjoys a remarkable reputation throughout the country.  The V Spa is a favourite as both a Day Spa and an Overnight Spa destination.

It’s always the goal of the V Spa management and staff to ensure every guest receives the highest standard of service and attention.  Now entering their 16th year of business, this award is a credit to the V Spa team who deliver an award-winning service every day.