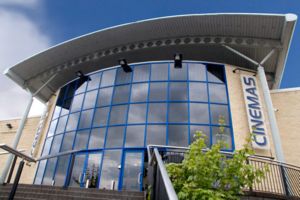 DONEGAL CINEMAS FIGHTING TO KEEP PEOPLE IN THE PICTURE 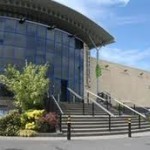 CINEMAS are fighting hard to buck the trend during the economic gloom as people look for light relief away from the recession blues.

Over 17 million cinema tickets will have been purchased nationwide this year as people opt for a night in the front of the big screen to get away from the country’s economic woes.

Mr Mark Doherty, proprietor of Century Cinemas in Letterkenny and Chairman of the Independent Cinema Association, admitted that like all sectors cinemas too were feeling the pinch and have had to work hard to get people in.

“People want something light. The comedies and romantic comedies are particularly popular at the moment,” he said.

“People are looking for relief and something to take their mind off their problems,” he added.

Mr Doherty admitted the country’s cinemas were not immune to the effects of the recession and have suffered a decline in business.

As a result cinemas have had to diversify their business to appeal to a broader audience and events such as the screening live concerts and opera shows have helped during tougher economic times.

“We’re probably riding the recession better than most sectors but we are still feeling the effects of it.

“ We are having to work that much harder to get people in. There are strong titles coming up at the end of the year so we’ll have to see how they perform. We could see a drop in admissions,” he said.

The preference for light relief type shows is reflected in admission receipts. Avatar, with €6.2m worth of admissions, was the most watched film in Ireland this year, while the Toy Story and Shrek franchises also scored highly. Toy Story 3 and Shrek Forever After were in second and third place respectively. Tim Burton’s Alice in Wonderland was in fifth place while Iron Man 2 and Sex and the City 2 were also in the top 10.

Unfortunately, for hard nosed cinema buffs, it isn’t the sort of stuff that will challenge the intellect.

With the exception of movies now on show such as ‘London Boulevard’, ‘Machete’,  ‘The Americian’ and ‘Due Date’, it is the likes of Harry Potter and the Deathly Hallows, Deathly Hallows, ‘The Little Fockers’ and the Disney movie ‘The Tron Legacy’ and the latest from the ‘Chronicles of Narnia franchise and ‘Gulliver’s Travels’ that will put bums on seats.

Mr Doherty stressed there was a strong tradition of cinema-going in Ireland dating back to the austere, post-emergency 1950s.

“I think it’s a generational thing. People remember going to the cinema as children and are used to coming out. It’s a great social night out,” he said.

The Letterkenny Cinema has recently acquired a ‘theatre licence’ and will have it available for the Simply Red farewell concert live by satellite from the 02 in London on Sunday, December 19 at 8.30pm.

“The Theatre Licence permits us to serve wine and alcohol during live events. We’re also providing the service during the series of operas live from the New York Metropolitan House that runs up until May,” Mr Doherty added.