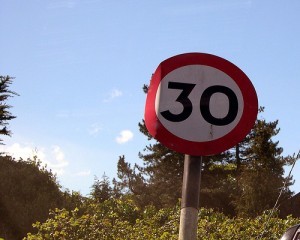 At least one sign has been stolen in the Glasmullan area, according to Gardai, while locals believe a umber of other have also gone missing.

Locals believe the signs are being stolen for sale as scrap metal as part of a county-wide scam which has also seen the theft of manholes, telegraph wire and even parked cars.

One local said he heard a car and then banging last weekend and the later discovered the sign ha been stolen.

Road Safety Officer with Donegal County Council, Eamonn Brown, said lives were being put at risk as a result of the sign thefts.

“If thieves are stealing these signs then this would be a very serious concern for us and they are putting lives at risk,” he said.