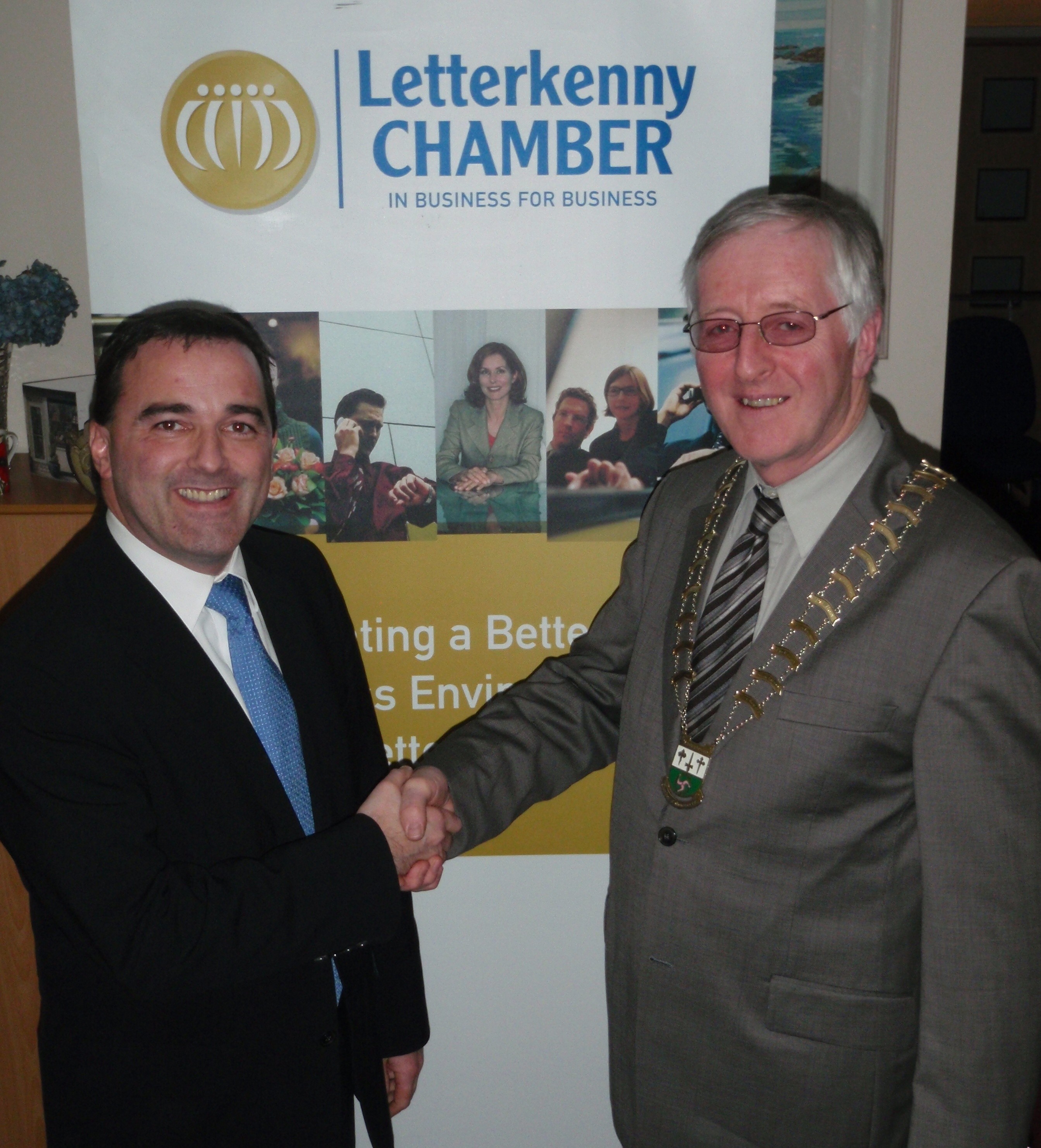 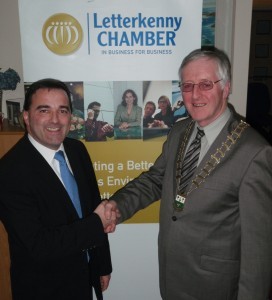 It follows the Chamber’s AGM last night (Tuesday) at which a new Chamber Council was also elected. Outgoing President Paul Byrne wished his successor well in his term of office describing the Chamber as a strong membership organisation that has become even more relevant to all in business during these challenging times.

During his first address as President of Letterkenny Chamber, Mr.McGinley said he was “honoured” to represent the business community of Letterkenny in 2011.

“My predecessor Paul Byrne has done an excellent job serving as Chamber President. He invested much time and energy into the role during what was one of the toughest years faced by members for many years.

“I view this role as a challenging but also an excellent opportunity to work on behalf of Letterkenny businesses to ensure that we all get a better deal for Letterkenny and the North West.”

Patrick continued: “Over the last number of years we have all had to make some very tough decisions just to remain in business. The economic crisis in the country has affected us intensely here in the North West and in the recent budget there was nothing to stimulate the economy and no measures to lessen the cost of doing business.

“We now know the next four years will bring more of the same and we will need to harness as much entrepreneurial spirit as possible to remain in business. As President of Letterkenny Chamber I will commit to keeping pressure on our TDs and local government to create the best environment for business here in the North West.

“We will continue to urge the national Government at every opportunity to support our small businesses that are, after all, the lifeblood of our economy.”
Patrick shares the same sense of pride for Letterkenny as his fellow Chamber members. In his address he pointed to the “increased sense of community within the business community in Letterkenny.  During my year as President I will commit to working with all Chamber members in a practical and supportive role and with the Chamber staff to drive the membership numbers.

“The Chamber has been working for  its members for more than 45 years and the business community has benefitted and improved as a result of the Chamber’s efforts.  Over the next year we intend to   increase our membership substantially and continue to attract businesses who want to have their voice heard.”

Patrick concluded by saying “We will all face more challenges in 2011 and I will endeavour to work hard during my year of office to deliver for our new and existing members.”

Apart from a new President the Chamber has a new Council.   The Chamber Council is made up of 16 members, from a wide variety of business sectors, who meet on a monthly basis and who are responsible for steering the policies and projects of the Chamber.  Four new Chamber Council members were elected for the 2010/2011 period.