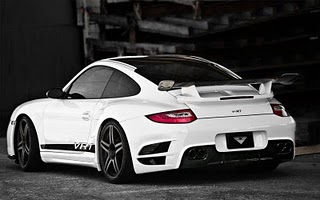 ANTI-VRT campaigner Ryan Stewart has slammed the government again, accusing them of failing to listen to reasoned arguments on scrapping the hated tax.

And he says the government should scrap its Scrappage Scheme – and scrap VRT instead!

“Despite the introduction of the Scrappage Scheme last year, 52 dealers closed their doors in 2010, an average of one dealer a week, despite a rise in new car sales of 24% on 2009,” said Stewart today.

The campaigner – a candidate in Donegal North East in the March general election – insists: “At the basic unit cost, new cars would actually be cheaper in the Republic if the tax is removed. The fear the dealerships have is of devaluation of their current used stock, and removing VRT does have a knock on effect that used cars would depreciate in value.

“This is obviously bad for the dealerships, but good for the car buying public. However the plan I published over six months ago would negate this depreciation to the dealerships by offering €300 million euro from the net gain in additional revenue, part of which has already been implemented by the Department of Finance in the recent budget.

“This would ‘bail out’ the dealerships for over €1 billion worth of stock on a sale-by-sale basis. The exodus the industry fears will not materialise and they would be compensated for the devaluation in stock.

“I had put it to the Minister for Finance over six months ago, that to contribute to the removal of VRT, 2 cent on diesel and 4 cent on petrol would be accepted by the public. The research was carried out and costed by myself, and in the recent budget, this exact duty rise was implemented, yet VRT remains.

“There are other less imposing elements of the plan which remain to be implemented. The total revenue take to the exchequer would be approximately €550-€600 million. VRT was forecast to bring in €350 million in 2010, despite the increase in new car sales. The excess increase in the first year would be used to float the used car market.

“The question I often get asked is ‘How can car sales go up, yet VRT remains low?’ and the answer is simple. The Scrappage Scheme is a waiver of VRT, and this waiver has actually proven the points I have put forward – make cars cheaper, and people buy more cars! If it was completely removed, the level of new car sales would return to the good days of 2003-2006.

“The end result is that employment would not only be protected, but stimulated, given the demand for new cars under the new regime. Had the Scrappage Scheme not been extended on December 8th, the industry would have ground to a halt immediately.

“The same will happen on June 30th 2011, if the Scrappage Scheme is stalled, however the damage will be less, as most new car sales occur in the first six months of the year. But the motor industry has no solution, and it may be a bitter pill to swallow to get rid of VRT as it will have offered protection in the form of a trade barrier until now.

“The industry and the people should support this plan; otherwise by the end of 2011, it will have a very bleak future. As far as exchequer returns are concerned, increased VAT, the recent fuel price rise, the other smaller parts of the plan, and the number of people currently driving foreign registered cars, who could then re-register at no extra cost, but pay Irish motor tax, would buoy the tax take considerably.

“Currently those driving foreign registered cars pay UK road tax, they can have no sympathy if they continue to do this after VRT is removed, but by moving to a usage based tax, I have also looked at reducing the road tax we pay here, so this should be an incentive for everyone.

“Other added benefits of removing VRT include a modernising of the cars on Irish roads way beyond what the Scrappage scheme could hope to achieve, improving road safety, reducing carbon emissions, and increasing the tax take through increased PRSI/PAYE contributions, as jobs in the industry grow.

“Financing on purchasing a vehicle would be lower by around 25% as currently anyone buying an Irish registered vehicle on finance is actually paying stealth interest on a tax, as VRT is included in the price.

“There are many more benefits, but the public have to get rid of the stigma that what I am trying to do is only for ‘northern’ drivers. As you can see, the plan will benefit the country and its people as a whole, and I need everyone’s support to get this through.”

* Is Ryan Stewart right? Or is he just plain wrong? Have your say via the Contact button.