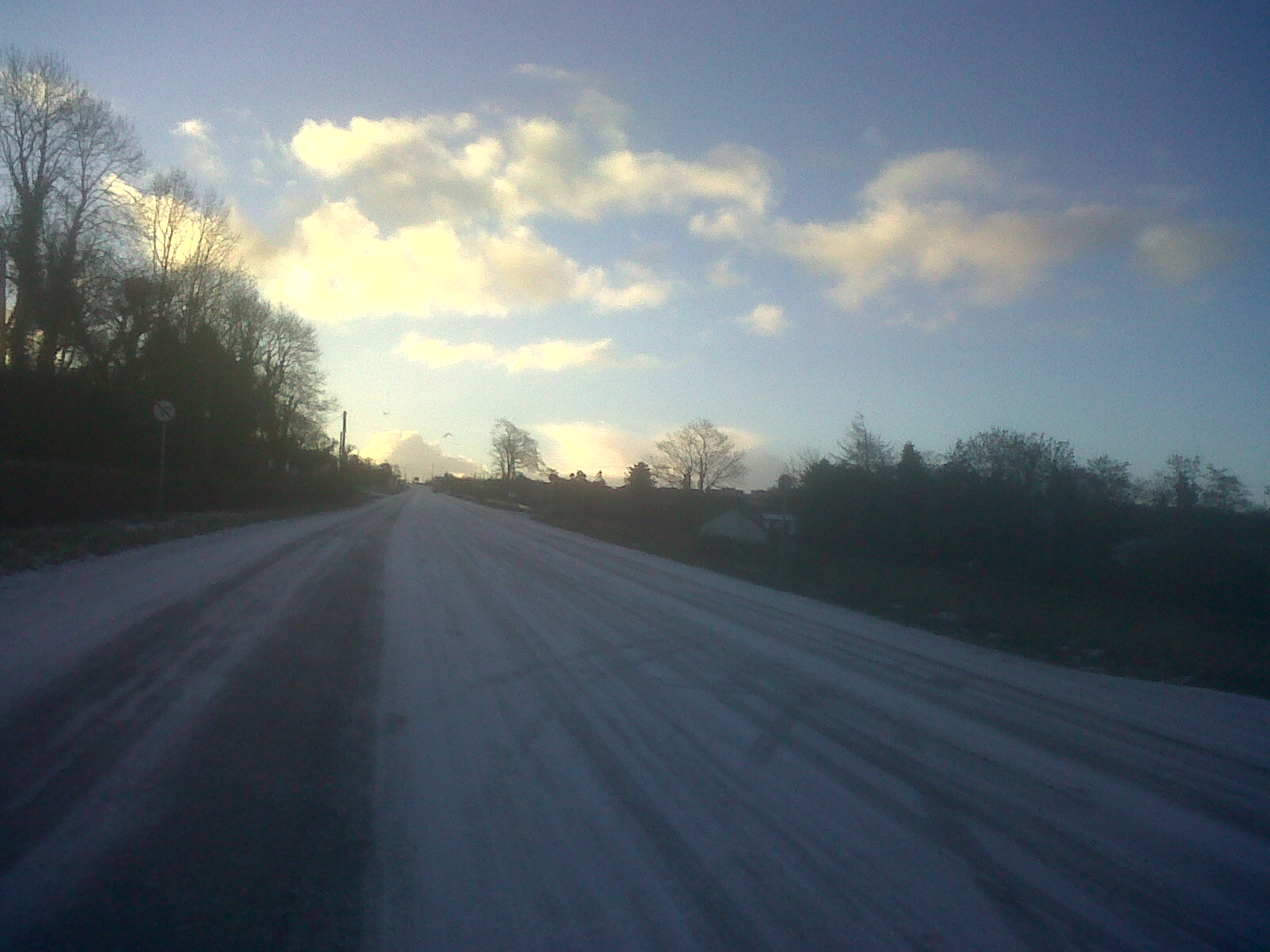 ANGER GROWS OVER DANGEROUS ROADS ACROSS THE COUNTY

GARDAI AND AA Roadwatch have issued an emergency weather warning across the county tonight as many roads are covered in black ice.

Earlier motorists slammed the County Council after main roads were left covered in black ice overnight – with gritters only out this evening.

Overnight freezing temperatures on top of rain left large stretches of ice on many secondary and rural roads, leaving many of them in a worse condition this Sunday than at any time during the Big Chill.

But main roads were just as bad after the council failed to grit them this morning.

Our picture shows the main N56 between Illistrin and Mountain Top at 10am.

One reader in Kilmacrennan said today: “It’s a nightmare on our roads today. They are covered with sheer ice.

“They are worse now than any time during the big chill.”

Tonight we have learned of a number of minor traffic incidents – all caused by the dreadful road conditions.

Footpaths in many of our major towns are also treacherous.

ANGER GROWS OVER DANGEROUS ROADS ACROSS THE COUNTY was last modified: January 9th, 2011 by admin