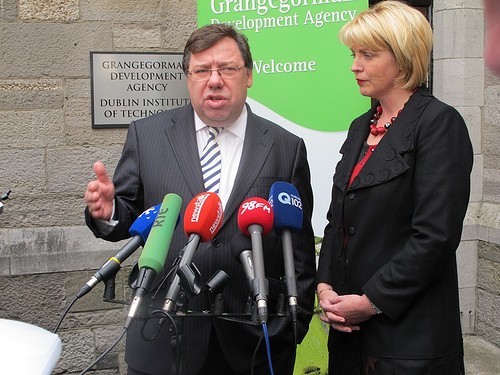 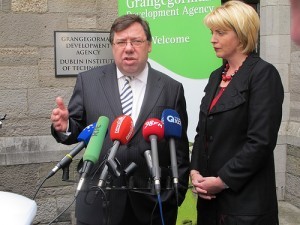 BREAKING NEWS: TAOISEACH BRIAN Cowen will make a statement shortly on his future.

Sources in the party in Dublin say he will make a statement at 5pm amid reports he will continue as leader of Fianna Fail.

It’s understood Micheal Martin, the Foreign Affairs Minister, had given Mr Cowen until this evening to quit as leader or face a leadership challenge.

Earlier Tánaiste Mary Coughlan has said Taoiseach Brian Cowen will make a statement about whether or not he intends to lead Fianna Fáil into the next General Election later today.

Speaking on RTÉ’s This Week, the Donegal TD said Mr Cowen had now completed his process of consultation with his colleagues but she would not speculate on what decision he may have arrived at in terms of his future in office.

“The Taoiseach has decided what he is going to decide and it is a matter for the Taoiseach to articulate that and not me,” said the Tanaiste.

“He will be making a public announcement later on in the evening.”

Ms coughlan said she believes the Mr Cowen has this country to the forefront of his mind, and that the decision he will be making will be in the best interests of this country.

She admitted there were concerns by all of the members of the party as to how well Fianna Fáil would do in the forthcoming general election.

Minister Coughlan said that as a party and in government, Fianna Fáil had put this country first, and that had been to the detriment of the party.

Mr Cowen has spent the last two days listening to the views of TDs and Senators about the future leadership of the party.

Development of ATU will create opportunities for...