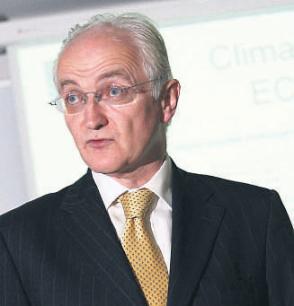 FIANNA FAIL IN CRISIS: GREEN PARTY PULLS OUT OF GOVERNMENT

THE GREEN PARTY dropped a political bombshell today by withdrawing from the Government.

Party leader John Gormley made the announcement at a press conference in Dublin.

Mr Gormley promised to support the Finance Bill in from the Opposition benches.

He said that the party’s patience had finally run out and that the people of Ireland had been left ‘aghast’ at recent political developments.

The Green Party has consistently said it wanted to ensure passage of the Finance Bill before the election.

Mr Gormley said there were communication problems with the Taoiseach over Cabinet positions earlier this week.

He added that the party had informed the Taoiseach of today’s decision.

Mr Gormley said the party believes the Finance Bill can be truncated and there needed to be some co-operation from the Opposition parties so the Bill can be passed, although not in the timeframe they may have wanted.

“The Irish people have begun to lose confidence in politics and in the political process,” he said.

“They have watched aghast the conduct in Dail Eireann of political parties.