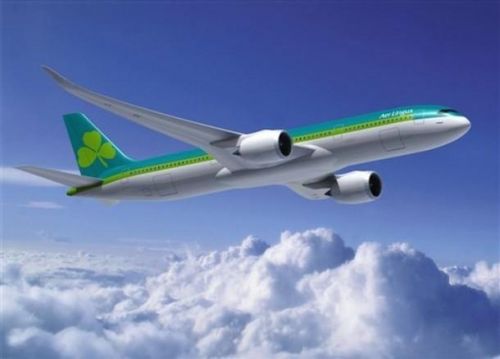 Aer Lingus has won a High Court order preventing a businessman suing it for defamation over a written complaint made to Lithuanian police about his alleged drunken behaviour while abroad an Aer Lingus flight to Vilnius.

Mr Justice John Hedigan ruled John McAuley had no reasonable chance of succeeding in his action against Aer Lingus; the pilot of the flight involved and a member of the cabin crew and granted the defendants an order dismissing the case.

Mr McAuley, Cullion, Dungloe, Co Donegal had alleged he was slandered in front of other passengers and afterwards when the captain made a written report about the alleged incident to police in the Lithuanian capital.

Aer Lingus had argued the case was frivolous and vexatious, bound to fail and disclosed no reasonable cause of action. It also claimed actions for slander are excluded under the Montreal Convention relating to rules for international carriage by air.

Mr McAuley denied those claims and argued the case should not be struck out.

In his substantive case, Mr McAuley alleged that, while on a flight to Vilnius on March 12th 2008, Captain Frank Feeney and a cabin crew member, Serena Wyse, accused Mr McAuley of being drunk and a nuisance aboard the aircraft.

Mr McAuley claimed, during the flight, he was at all times sober, calm, polite, did not leave his seat nor raise his voice. He claimed he asked for four miniature bottles of wine during the flight, which was “the norm”, but alleged his request was refused in an unpleasant manner.

He claimed he rang the bell on three occasions to enquire about the airline’s policy about serving drinks but the flight attendant refused to engage with him.

He also claimed he was defamed in a report written by the pilot to the Lithuanian police alleging he had interfered with the cabin crew’s normal duties, continually looked for alcohol and confronted a flight attendant.

The incident was reported in the press and Mr McAuley, whose partner and child reside in Lithuania, further claimed he was shocked and embarrassed by he way he was treated.

The defendants denied the claims.

In his judgment, Mr Justice Hedigan said the actions complained of occurred on the aircraft and on the tarmac immediately adjacent to the aircraft and were therefore governed by Article 17 of the Montreal Convention.

It was clear from the convention the liability of the carrier is limited to cases of death or bodily harm, he said.

Article 17 provides airlines are liable for damage sustained in the case of death and bodily injury of a passenger on condition the accident which caused death or injury took place on board the aircraft or in the course of any operations of embarking or disembarking, he noted.

As a consequence of the convention, which was incorporated into Irish law in 2004, the judge said Mr McAuley could not succeed in his claim he was defamed while in the aircraft or while he was leaving the aircraft.