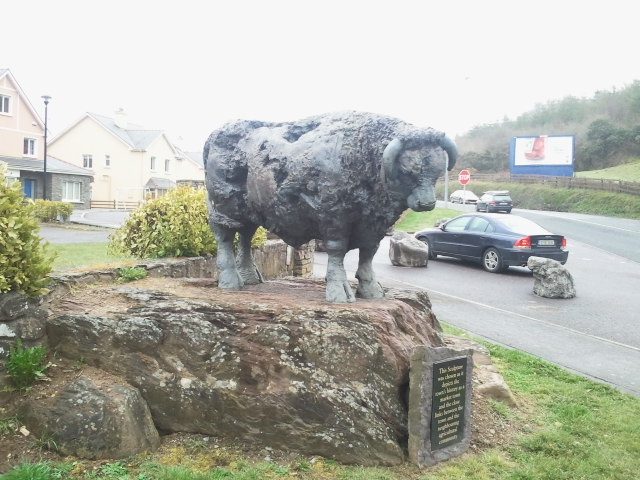 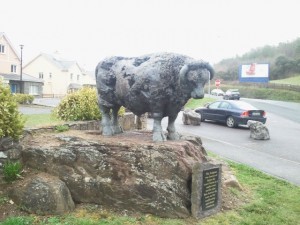 The Macroom statue – should Letterkenny have one?

LABOUR councillor Jimmy Harte plans to lobby his fellow town councillors in Letterkenny at the next monthly meeting for a statue to mark the site of the old town mart.

Cllr Harte, currently on a tour of more than 20 counties in a bid to win a seat for his party in the Seanad, said a statue and plaque similar to one in Macroom, County Cork, would be a fitting memorial to times gone by in Letterkenny.

Said Cllr Harte: “The statue in Macroom of a bull is stunning. It has become something of a tourist attraction.

“But it is also much more than that; it’s marks the old link between town and the rural community. 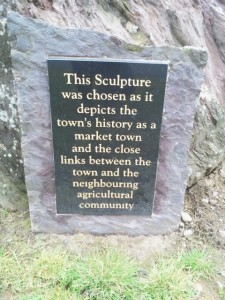 “I know money is tight right now but I hope to at least get agreement in principle to investigate the idea of erecting something similar at the Mart site in Letterkenny.

“It will give us a sense of value; a sense of marking the past for future generations to remember.”

The Labour politician added: “I’d be interested in hearing what other people think; but in Macroom where I was a few days ago, it has become almost an emblem for the town.”