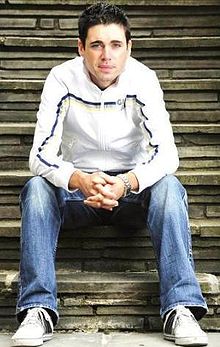 LETTERKENNY cycling professional Philip Deignan has been named as one of the Team RadioShack riders preselected for the Giro d’Italia, which begins on May 7th in Turin.

He is one of ten riders listed, with nine of those set to compete in the Grand Tour.

He finished ninth overall in the 2009 Vuelta a España, and also won a stage.

He finished in the main bunch in today’s (Wednesday’s) Brabantse Pijl race in Belgium, coming home in that group sprinting for tenth place. Deignan didn’t contest the gallop and rolled in 39th.

The semi-Classic was won by Philippe Gilbert (Omega Pharma-Lotto), who outsprinted breakaway companion Björn Leukemans (Vacansoleil-DCM Pro Cycling Team) at the end of the 201 kilometre contest. They were two minutes 19 seconds ahead of the peloton.

Another Donegal rider Ronan McLaughlin was 67th in the race, six minutes and eight seconds back. He was the sole listed finisher for the An Post Grant Thornton M. Donnelly Sean Kelly team.

Deignan is next due to compete in tomorrow’s Grand Prix de Denain. He will also ride Sunday’s Amstel Gold Race.