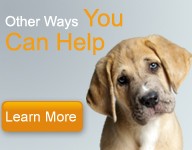 ‘85% OF STRAY DONEGAL ANIMALS ARE PUT DOWN’ – REPORT CLAIMS

AN astonishing 85% of abandoned animals taken in by the ISPCA in Donegal are put to sleep, a newspaper report has claimed.

The Sunday Times alleged the figure for the county compared to just 2.3% in Leitrim where different agencies deal with stray dogs and other animals.

However ISPCA chief executive Noel Griffin told the British newspaper that the statistics for the number of dogs put down by the ISPCA was higher than others because it, unlike other groups, did not send dogs to Britain to be rehoused (or put to sleep) there.

“The exporting of dogs to the UK improves the statistics, but I would question where those dogs are doing,” Griffin said, adding that other agencies could not say for certain where their dogs were being sent.

Statistics compiled by the Department of the Environment, listing the number of stray dogs taken in by each of the 34 city and county councils in 2009, showed that the eight areas controlled by the ISPCA saw 58.7 per cent of strays put down.

In the 26 other areas – mostly controlled by local authorities themselves, though some authorities employ private contractors – the percentage of dogs that were put down was more than 34 per cent.

In all, 16,413 dogs were taken in across the Republic in 2009, the most recent year for which statistics have been compiled. Of these 6,506 were put down, while 9,921 were successfully rehomed.

The statistics showed that the 13 areas which enjoyed the most successful records in finding new homes for their dogs were all managed by agencies other than the ISPCA.