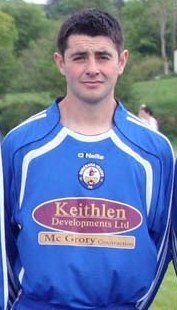 A DONEGAL teenager has signed for English Championship side Ipswich Town. 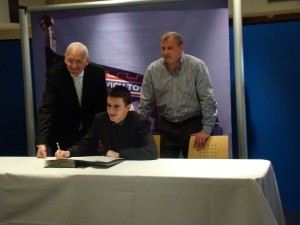 Buncrana Hearts player Mark Timlin becomes the second player from the Inishowen side to make the switch to the East Anglian professional outfit.

The academy at Portman Road already has goalkeeper Conor O’Donnell on its books.

Mark is an Irish U16 international player as well, a left midfielder, who is “very promising”, according to Ipswich.

He can also play as a left-sided forward, central midfielder and as with most wide boys can play either side.

“It was a late decision from him, but we’re over the moon that he and his family decided to pick us because we’ve always wanted him,” said Ipswich.

“He’s very good on the ball, a strong all-round performer. He scores goals, creates goals and has a great attitude. He was in our U16 team which went to Chelsea and beat them 2-1 recently and they played very, very well.”

Mark begins his two-year scholarship with the Ipswich academy in July.