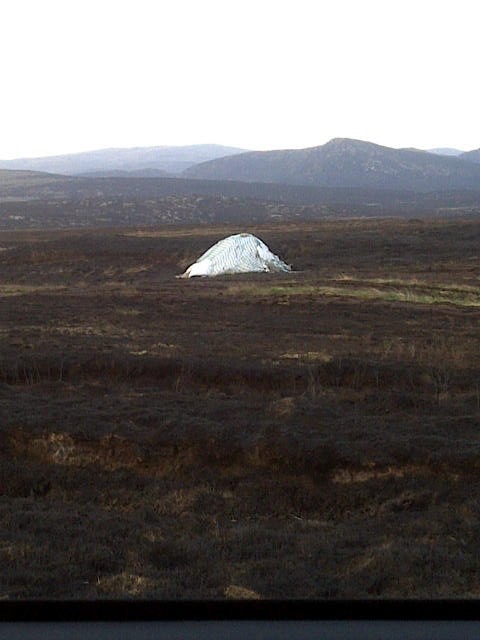 Have you heard the one about the turf stack that wouldn’t burn?

This amazing picture was caught by photographer Eoin McGarvey on the Dungloe to Doochary road yesterday.

It shows the aftermath of the raging gorse fires which burned everything in its path – apart from a proud turf stack.

The turf stack was covered with a plastic sheeting which amazingly did not burn despite the intense heat.

We’re not sure what kind of turf it is or who owns the bog but we suggest that they go out and save it quickly – before the rain comes!

TURF LUCK – THE STACK THAT REFUSED TO GIVE IN TO THE GORSE FIRES was last modified: May 2nd, 2011 by Stephen Maguire
Tags:
gorse firesturf stack