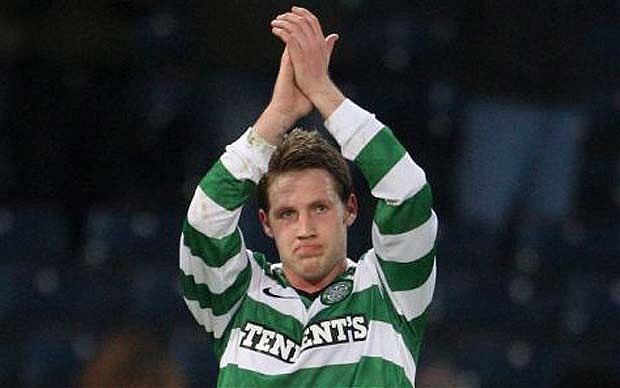 Celtic closed the gap on Rangers at the top of the SPL today with a gritty 2-0 win over Kilmarnock at Rugby Park.

But on the evidence of the Killie performance, it looks increasingly likely that Rangers will now go on to win the title.

Rangers play Dundee United at Ibrox on Tuesday before travelling to Rugby Park next Sunday. The Hoops are away to Hearts on Wednesday before hosting Motherwell next Sunday.

It took until added time at the end of the first half for Celtic to break down their hosts today, when Scott Brown headed in from six yards.

Kilmarnock showed some good build-up play at times, but failed to test Fraser Forster in the Celtic goal.

Kris Commons sealed the points with another wonderful strike on 68 minutes in what is another one of his contenders for goal of the season.

With Celtic missing Joe Ledley and Beram Kayal from their midfield engine room it was Kilmarnock who looked the more settled side early on.

Celtic can only hope Dundee United repeat their heroics of earlier in the season and go to Ibrox on Tuesday and take something from the game.

The 2-0 win today does give the Hoops a +3 advantage on goal difference and that might yet prove decisive.

And Neil Lennon is certainly not ruling Killie out from doing Celtic a favour next Sunday.

“Anything can happen here. Kilmarnock are capable of scoring goals,” said Lennon at rugby Park.

“And Dundee United have third place to play for. It’s eachy-peachy.”

And the Celtic boss added: “They will be hoping we can do them a favour on Wednesday night, which is what we want to do.

“Football has so many variables, depending on the weather, the pitches, the players’ mentality, you just don’t know.

“All we can do is win the games and take it right to the wire.

“This was huge today. Hearts will be huge on Wednsday night. It’s why we’re in the game.

“I said to the players, ‘you shouldn’t be feeling down about it, you should be excited’ and their attitude today was exemplary.”

With just a point in it – anything can happen.

GRITTY HOOPS WIN TO KEEP PRESSURE ON RANGERS was last modified: May 9th, 2011 by admin