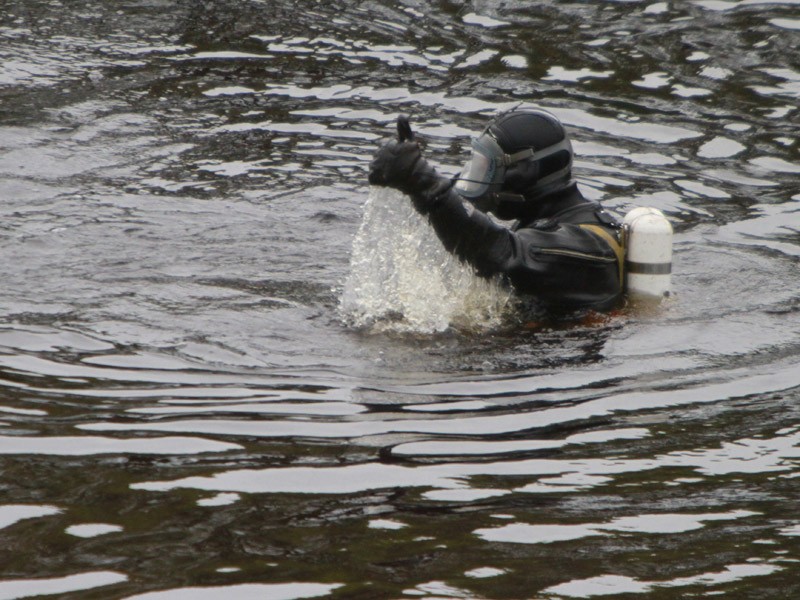 DIVERS continued today to look for the body of missing Lifford man David Colhoun, hoping to bring an end to the heartache and despair of his loving family.

The search for the tragic 22 year old has continued for ten days and but hopes the body had been located were dashed earlier.

Divers had hoped they were near to where David’s remains may lie after sniffer dogs had pointed to an area just 30 yards from where he was believed to have been last seen.

But it proved to be a false alarm.

Dozens of family members and friends are keeping a vigil on the river bank in the hope he will be found.

His distraught family including dad Joseph, three brothers and one sister have been waiting at the banks of the Rivers Finn, Foyle and Mourne.

Hundreds of local people have joined the search for the young man from Beechwood Grove who was last seen after escaping police custody after being arrested for a minor offence.

“They just want his remains so that they can grieve for him and then give him a Christian burial.

“They’ve been told that the recovery will get underway on Wednesday (today) if the body is where they believe it to be.”

All along the river bank last night large crowds of local people gathered yet again to watch the search.

They spoke is hushed whispers about David Colhoun and the devastation this tragedy has brought to his family.

One young man said: “He was a good lad. We just can’t take it all in.”

His friend, sobbing, added: “We just hope we get a chance to say goodbye.”