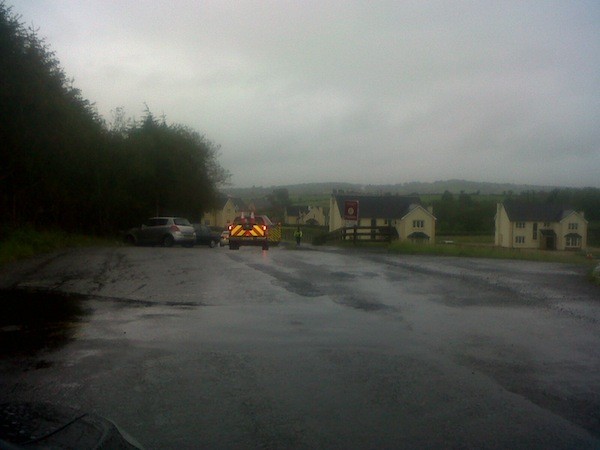 GARDAI are at the scene of two car crashes in Donegal today.

Ambulance and fire crews are at the scene of one road traffic accident at Tully Mountain – half way between Milford and Ramelton.

The incident, pictured, is under investigation.

Two cars are badly damaged and a number of people have been hurt.

In a second incident ambulance crews are dealing with the aftermath of a crash at Business Park Road in Letterkenny.

Road conditions across the county are treacherous today after heavy rainfall with flooding reported in a number of areas including Gaoth Dobhair.