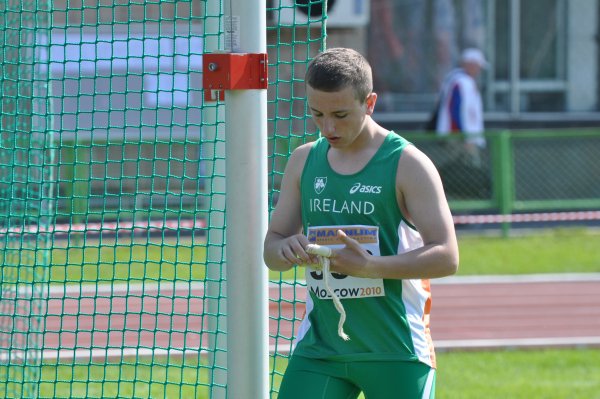 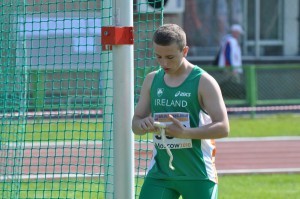 Finn Valley’s Dempsey Mc Guigan has got his season underway with a pb 64.89 with the 6kg hammer over the weekend and is chasing the europeanjunior under 20  standard of 66m which is within his reach.

Opportunities that lay ahead to achieve that are this weekend in South Of England championships, Bedford, the following Saturday where the English champs are held and then the following day in Tullamore the Irish nationals.

Dempsey with his brother Fellan set new national records in the hammer event in their age group when winning in 2010 and with Dalton competing really well in the steeple this season they are an exceptional family combination.

Also chasing a European standard right now is Noel Collins in the 1500m under 23 but he will be disappointed with his 3.47 odd over last weekend in Watford while in the States Holly Knight returned 35.41.72 for 10k in the Ncaa 10k final.

This weekend its European cup in Izmir with Patsy as team manager Tori in the pole vault and the team doctor club member Pauric Mitchell they will encounter serious heat not a problem we are used to in Ireland just now add in Mary Mc Loone and Darren Mc Brearty to heighten the Donegal connection over Saturday /Sunday.

Also this wekend the Ulster 14,15,16,17 champs in Antrim with a under 9,10,11 competition in Donegal Town Wednesday night @ 6pm All youngsters in these age groups should make their way over . Lifford stage their annual 5k Friday night and then we look forward to June 24th and the Aghyaran 5k always an enjoyable ocassion . It all adds up to a busy schedule added to by the selection of John Kelly, Shaun Woods and Blaithnaid for the Ulster schools team for Tailteann Games and congrats and best wishes are extended to this trio and their coaches Niall Wilkinson ,Bernie Alcorn and John Kelly