DONEGAL SCHOOL SPELLS OUT ITS SECRET TO SUCCESS WITH €15,000 LIBRARY WIN

A Letterkenny school has ‘spelt’ out its success after winning a national spelling competition and claiming €15,000 worth of books in the process. 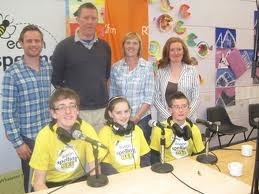 Illistrin National School was one of just 12 schools to be shortlisted form more than 500 around the country to take part in the Eason Spelling Bee competition with Ryan Tubridy.

Primary schools from all over the country took part with all schools hopeful of winning the terrific prize.

Illistrin NS took part in the provincial heat hosted on Monday last on 2FM and then went on to compete against Rockcorry Church of Ireland NS in Monaghan and Brownlee Primary School, Lisburn in the final.

The pressure of answering the questions was put on sixth class pupil Patrick Dorrian who came through the challenge with flying colours.

Patrick, a sixth class pupil at Scoil Naomh Fiachre, was supported by his proud parents Frank and Collette Dorrian, his sister Niamh and a busload of supporters.

The original entry to the competition was made by teachers Ms Clarke and Ms O’Hanlon. 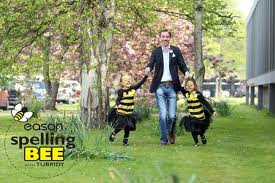 A spokesperson at the school told Donegaldaily “It has been a wonderful experience for all of us. Not alone have we now got €15,000 worth of new books, but the pupils are also much better at spelling.

“We’re all so proud of everyone that was involved in any way and it has been a great morale booster for the school,” he said.