Some of Ireland’s biggest sporting heroes of past and present will be in Donegal this Monday night for the Newstalk radio ‘Off The Ball’ roadshow. 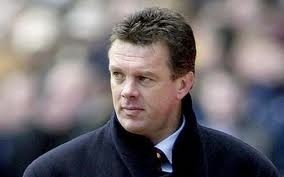 Monday’s show, which comes from Dom’s Pier One in Donegal Town, will feature a host of sporting stars including footballer Dave O’Leary, boxer Paul McCloskey, as well as Donegal’s own sporting stars of past and present Manus Boyle and Karl Lacey.

Monday night’s show will discuss a wide range of subjects – not least of all Donegal’s semi-final appearance against Tyrone the following Sunday.

And if the show’s previous appearance in McGinley’s Bar in Letterkenny s anything to go by then a cracking night is in store.

The show’s producer Ciaran Murphy told Donegaldaily “It promises to be a lively night. Donegal people just love their sport and they certainly have their opinions.

“We have a great list of guests and it should be a great night. Anybody looking for tickets should get in early,” he said.

Anybody looking for tickets for the event should text ULSTER to 53106.